Sengar has been granted interim bail to attend his daughter's wedding.

New Delhi: The Delhi High Court on Wednesday sought the response of CBI and expelled BJP leader Kuldeep Sengar serving a life term for raping minor girl in 2017, on the victim seeking cancellation of his interim bail.

Sengar has been granted interim bail to attend his daughter's wedding. His sentence has been suspended from January 27 to February 10 in the rape case and in another for which he is serving 10 years' imprisonment for the death of the rape victim's father in custody.

The victim has sought recall of the January 16 order by which Sengar was granted interim bail in the rape case.

Sengar's appeal challenging the trial court's verdict in the Unnao rape case is pending in the high court. He has sought quashing of the December 2019 judgment of the trial court which sentenced him to imprisonment for the remainder of his life.

Sengar is a convict in a minor's rape case and was awarded a life sentence for raping a minor in Unnao in 2017.

On 16, January the Division bench comprising justices Mukta Gupta and Poonam A Bamba granted him interim bail from January 27 to February 10 for the marriage of his daughter.

His daughter's wedding is on February 8, and ceremonies would start in January 2023 itself.

Sengar was also convicted and sentenced to 10 years imprisonment in the case of custodial death of the father of the victim of the rape case. He was also granted interim bail in this matter also for his daughter's wedding.

The victim plea alleged that in the present case, the Appellant/Sengar had concealed, and the CBI had also failed to highlight the fact, that the Appellant stands convicted in case which pertains to the custodial death of the father of the Applicant at the behest of the Appellant. 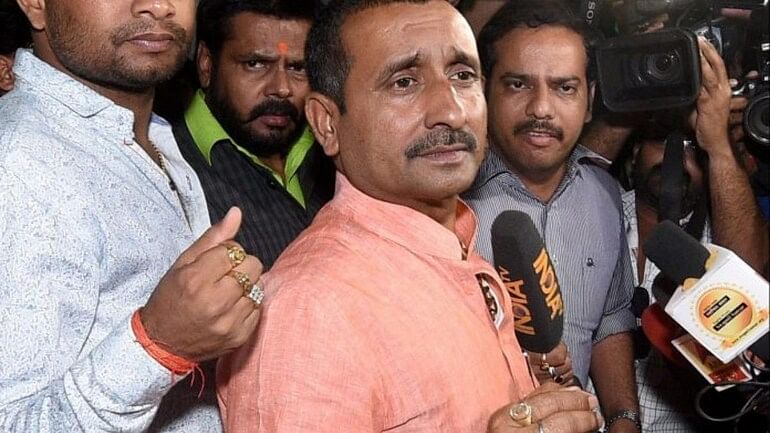