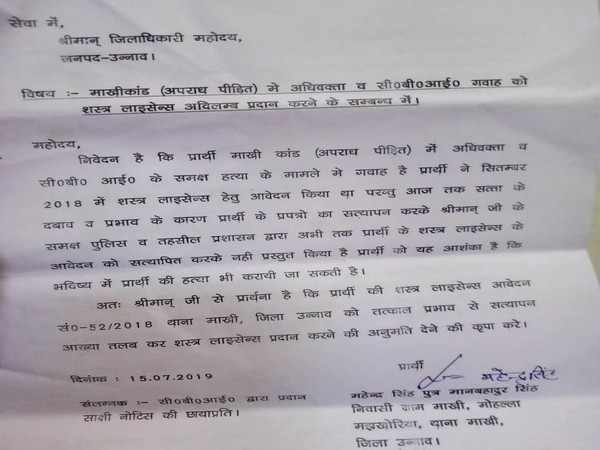 Unnao: An almost 15-day old letter written by the lawyer of Unnao rape victim alleging a threat to his life and seeking urgent issuance of a weapon licensing, surfaced on Thursday.

The lawyer, Mahendra Singh, had written to the District Magistrate urging him to expedite the process of granting him a weapon license. "I have apprehension that I could be murdered in future," the July 15 reads.

The Unnao rape survivor and her lawyer, are being treated at King George's Medical University at Lucknow after sustaining grievous injuries in an accident on July 28.

A truck rammed into the vehicle in which the girl, her counsel and two aunts were travelling to Raebareli. While she and her lawyer sustained grievous injuries, her aunts died on the spot.

The Uttar Pradesh Police filed a case of murder against legislator Kuldeep Singh Sengar and nine others in connection with the accident.

In the letter, Mahendra Singh alleges he had applied for a weapon license in 2018 but "due to pressure and influence from the ruling party the petitioner's documents have not been presented before the DM by the police and Tehsil administration." 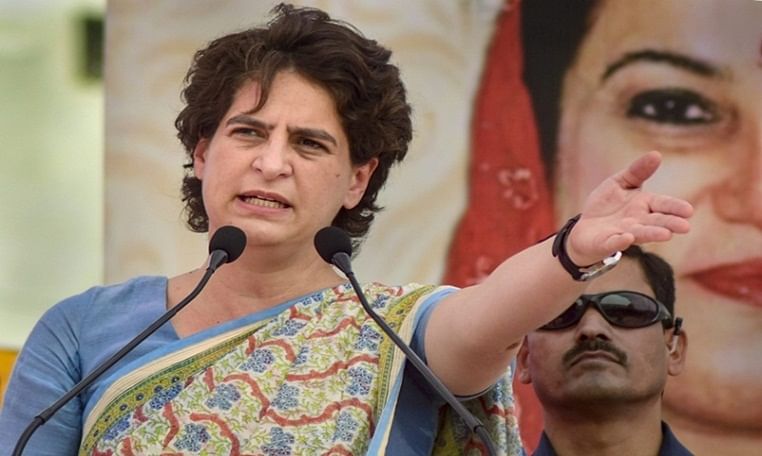 Earlier, more than two weeks before she was seriously injured in an accident on July 28, the Unnao rape victim had also written a letter to the Chief Justice of India (CJI) seeking action against those "who are making threats" to her and her family.

"People came to my house and issued threats asking me to take back cases. Otherwise, the whole family will be put in jail in fake cases," said the letter written by the Unnao victim to CJI Ranjan Gogoi on July 12.

Sengar, who was expelled by the BJP today, is accused of raping the teen at his residence in Unnao on June 4, 2017, where she had gone to seek a job.