The Congress and BJP today made the same faux pas on Twitter, albeit in slightly different ways.

The Congress Twitter handle marked Navy Day with a post that featured the looking hulk of a Navy ship. Unfortunately, it was not an Indian ship. And while the Congress' social media team did not realise it at the time of posting, Twitter took great pleasure in pointing out the fact.

Later, even after it was deleted and replaced, screenshots of the older post littered the comment section.

Before you forget that particular US ship in the photo above, let us pose a question to you.

Raje is not alone.

BJP MP Manoj Tiwari probably commiserated with the Congress (of course provided he saw the gaffe) and Raje.

Because he made the same error.

His post extending "warm wishes on Navy Day" gained popularity for all the wrong reasons after he failed to see the US flag atop one of the ships in his tweet.

His photo had also been edited to include PM Narendra Modi, Home Minister Amit Shah and BJP working president JP Nadda on one side and him on the other.

But Manoj Tiwari does not shy away from a gaffe. While the Congress tried to hide the blunder (an impossible feat, really), Tiwari simply replied to the erroneous photo admitting his error and added a calrification for those criticising him.

"This picture had been taken from the Indian Navy website, and is from a joint exercise with the American Navy," he explained.

Read Also
What is Navy Day? And why is it celebrated on December 4 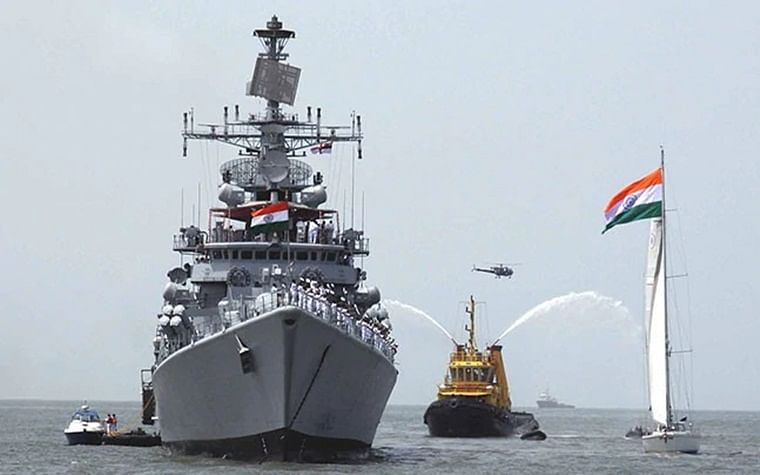 While we're at it, here's another person who seems to have gotten it wrong.

Yet again, it was the same picture, this time bringing down the Lt Governor of Puducherry, Kiran Bedi.