The visit comes almost a year after the two countries held the India-UK Virtual Summit in early May last year in which PM Modi and PM Johnson adopted the India-UK Roadmap 2030 to steer cooperation for the next ten years. 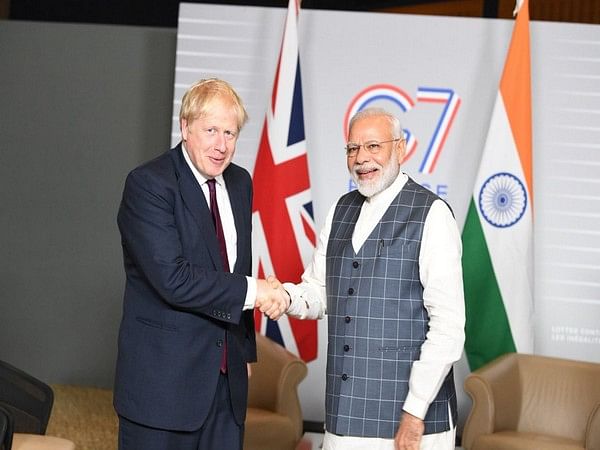 British Prime Minister Boris Johnson's visit to India beginning Thursday comes amid the rising importance of the Indo-Pacific and India's centrality in the region with the two countries set to further intensify cooperation across the full spectrum of bilateral ties.

The Russia-Ukraine conflict is expected to figure in the bilateral talks with Johnson putting forth UK position and listening to the Indian perspective while not lecturing India, sources said.

They said the two sides understand and respect each other's position on Ukraine and it will be part of the discussion. India remains the number one country in terms of work visas issued by the UK. An increase in visa numbers would be discussed during the talks. PM Johnson has been absolutely determined to come to India with UK keen to turn the Compressive Strategic Partnership into something real and long-lasting.

The sources said the visit to India is a big deal for PM Johnson and the trip has been one of his top priorities. His visit to India was "cancelled" twice due to the situation created by COVID-19.

PM Johnson knows India well and it will be his first visit to the country as Prime Minister during the visit, PM Johnson and Prime Minister Narendra Modi will review the implementation of the Roadmap 2030 and set their vision for further intensifying cooperation across the full spectrum of bilateral ties. They will also exchange views on regional and global issues of mutual interest.

The sources said the United Kingdom looks at the next 25 years to further enhance bilateral cooperation. Johnson's two-day visit will begin with Gujarat, a state that is home to a large number of Indian diaspora in the UK including the family of UK Home Secretary Priti Patel.

Gujarat, the home state of PM Modi, is a major centre of economic activity. Johnson was due to visit India in January last year but it was "cancelled" over COVID-19 concerns in the UK. The visit was rescheduled for April but was "cancelled" after a rise in COVID-19 cases in India due to the Delta variant.

The visit comes almost a year after the two countries held the India-UK Virtual Summit in early May last year in which PM Modi and PM Johnson adopted the India-UK Roadmap 2030 to steer cooperation for the next ten years.

The two leaders also launched an 'Enhanced Trade Partnership' (ETP) to tap into the full trade potential between the two countries by the way of a Free Trade Agreement (FTA) to achieve the target of more than doubling the bilateral trade by 2030.

PM Johnson will be accorded a ceremonial welcome at Rashtrapati Bhavan and he will hold bilateral consultations with PM Modi on April 22.

India and the United Kingdom have a long and historical relationship which was elevated to a Comprehensive Strategic Partnership during the India-UK Virtual Summit in 2021. 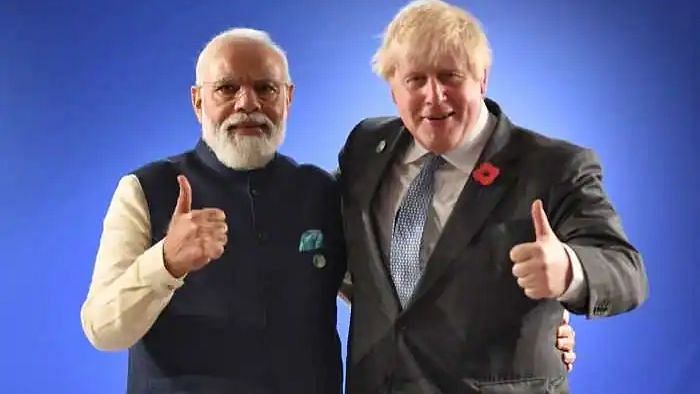