According to a report, Maurya said, "I think you (media) are seeing her more in the role of an opposition. I call Priyanka Gandhi Vadraji as Twitter Vadra. I don't think that barring those interested in getting their photographs clicked, there is anyone left in the Congress.”

The deputy CM further said that the Congress was currently ahead of the Samajwadi Party (SP) and Bahujan Samaj Party (BSP) in matters of making good use of photo sessions, but all three parties had failed to create a place in the hearts of the people.

"Yes, they have an expertise in getting their photographs clicked, be it Priyanka Gandhi Vadra, Rahul Gandhi or any other leader of the Congress. In the race of getting their photos clicked, they are ahead of the SP and BSP. But, all these three parties have failed to make any place in the public's heart," the BJP leader said.

The Deputy CM's remarks come days after Priyanka Gandhi Vadra hit out at the UP government for ordering an investigation against some police personnel who were seen clicking a selfie with her.

Ever since the death of protesting farmers in Lakhimpur Kheri earlier this month, she has been on a major offensive against the ruling party.

Further he also dismissed Gandhi’s recent announcement of the Congress reserving 40% electoral tickets for women candidates in the upcoming 2022 Assembly election in the state. He said retaining seven seats the Congress had won in the 2017 elections would be considered an achievement in itself. 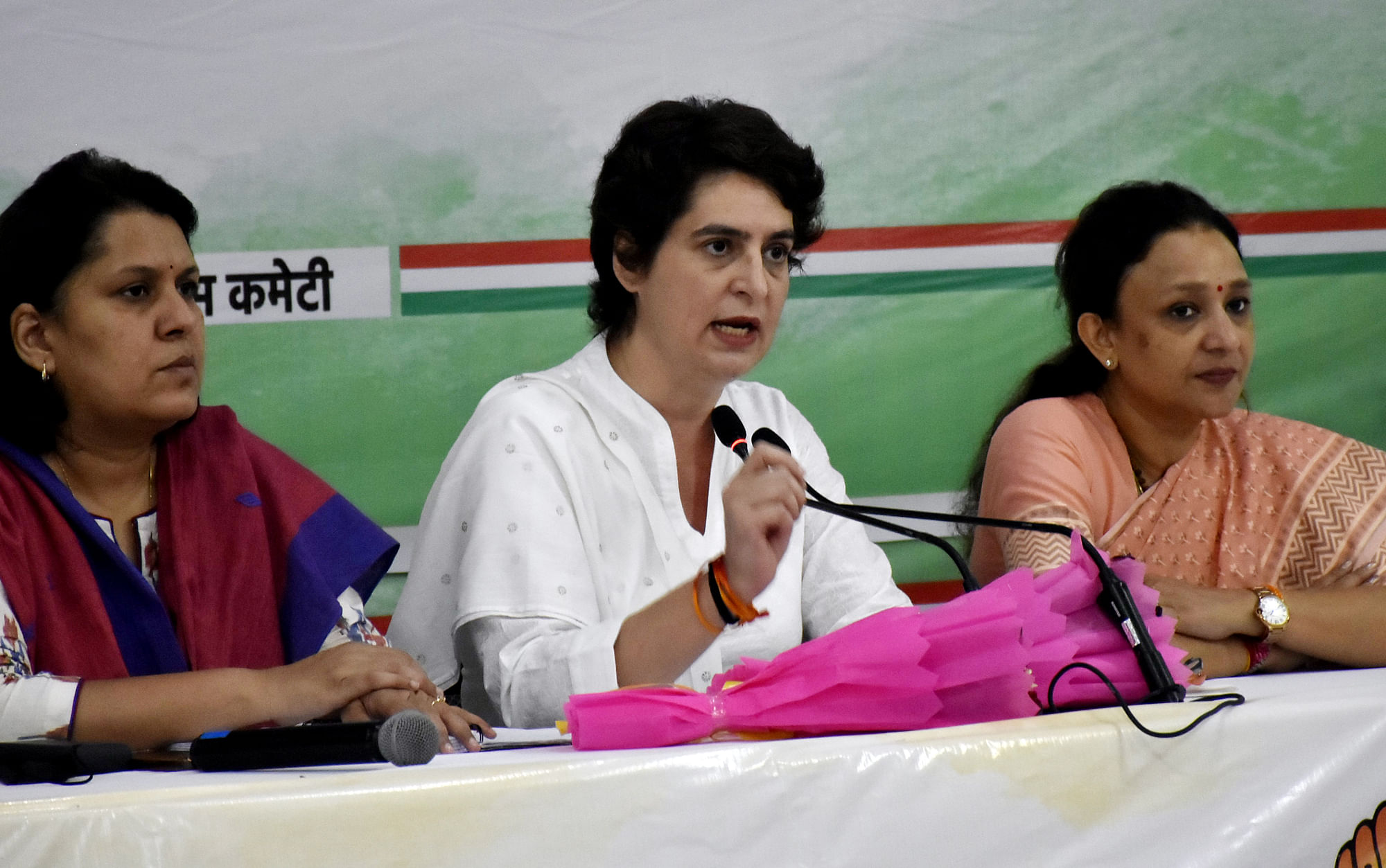 Modi govt has created records in 'giving trouble' to people: Priyanka Gandhi Vadra hits out at...