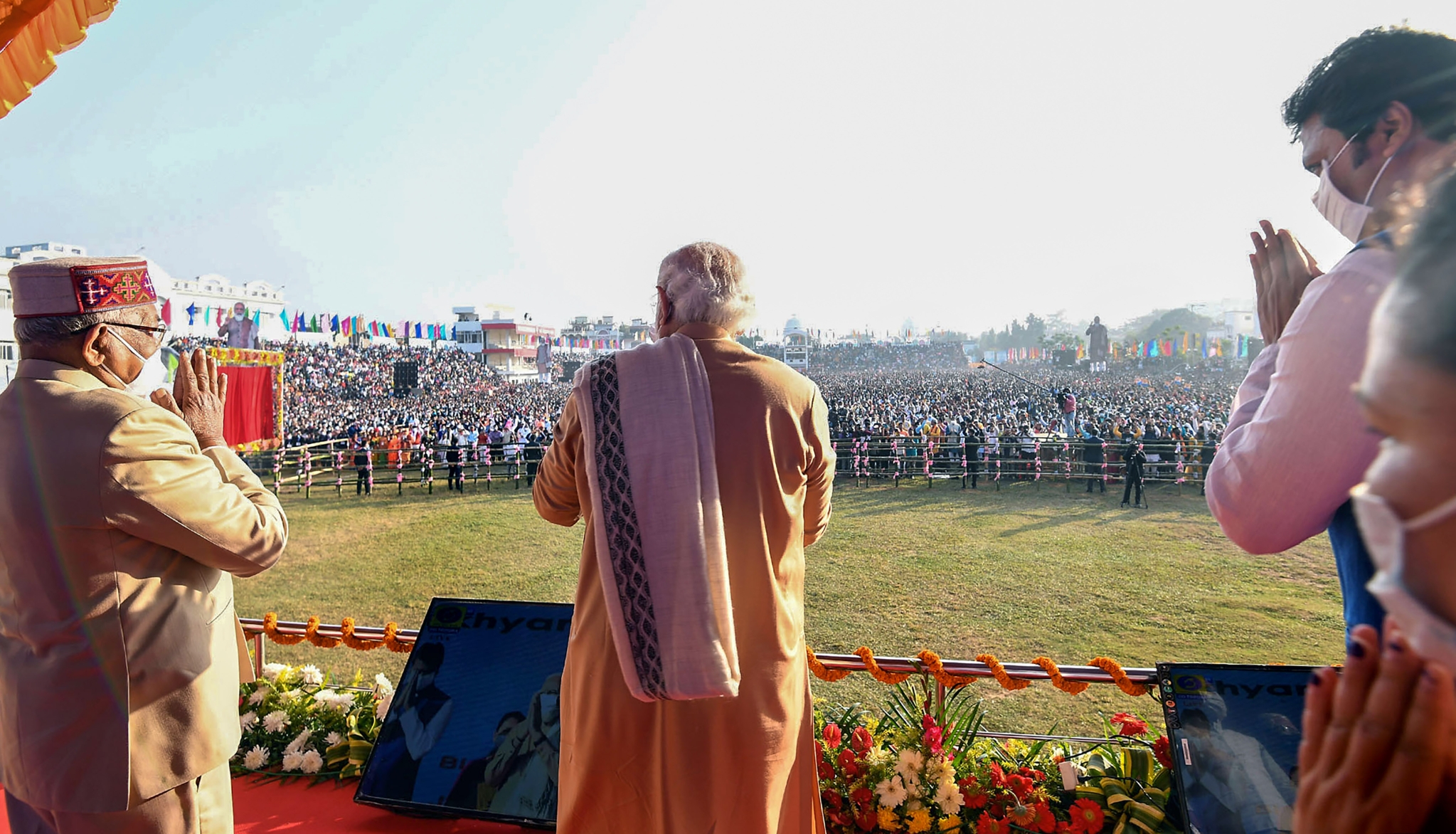 Following the inauguration, Modi addressed a public rally. He said that once Tripura was ‘looked down upon which is now an important trade corridor during BJP rule’.

Notably, Union Civil Aviation Minister Jyotiradiya Scindia was also present during the inauguration of the international terminus that is built at Rs 3400 crores.

Modi also launched MukhyaMantri Gram Samridhi Yojana (MMGSY) under which funds will be allocated to panchayats for development of the remote villages.

The Prime Minister also spoke about the importance of the central schemes like Ayushman Bharat and Ujjwala Yojana and other basic facilities to the common people.

Meanwhile, TMC took to Twitter and alleged that the BJP government is increasing the chances of people being affected by Covid-19.

“The Prime Minister of India is pushing thousands of lives into danger! Turning Tripura into a 'COVID Manufacturing Hub', does the PM really think he is capable of protecting people? SHAME ON @narendramodi ji. SHAME ON @BjpBiplab for TOYING WITH PEOPLE'S LIVES!,” read the tweet.