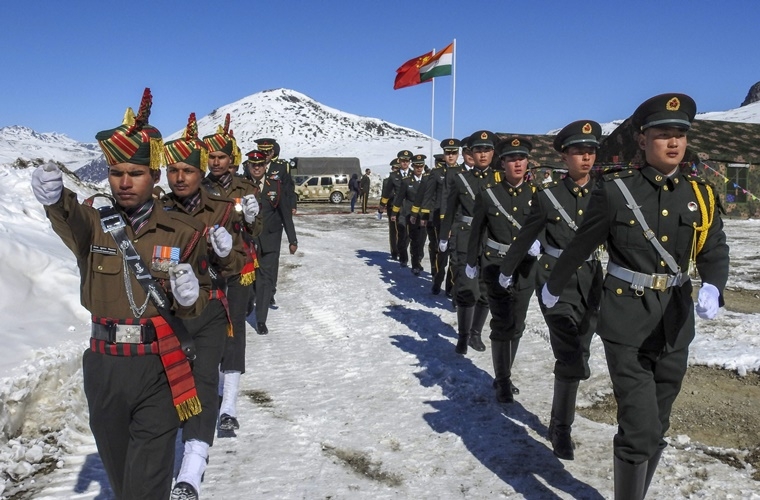 Beijing: Top Chinese and Indian military commanders have discussed ‘‘outstanding issues’’ and agreed to take necessary measures to "cool down" the situation at their borders, the Chinese Foreign Ministry announced on Tuesday.

The Indian account of the outcome of the marathon 11-hour talks was equally circumspect and it is claimed there was a "mutual consensus to disengage." "Modalities for disengagement from all friction areas in eastern Ladakh were discussed," government sources added.

The meeting between 14 Corps commander Lieutenant General Harinder Singh and South Xinjiang Military District chief Major General Liu Lin was on the lines of the one they held on June 6, when India and China agreed to pull back troops in attempts to de-escalate after weeks of simmering tension and build-up. Disengagement began on both sides after that meeting; the Chinese pulled back troops, followed by the Indians. But on June 15, the two sides were engaged in the worst-ever border confrontation since 1967.

Asked about details of what transpired during the meeting held on the Chinese side of the Line of Actual Control, Chinese Foreign Ministry spokesman Zhao Lijian said the two sides expressed the wish to control the situation through dialogue and consultation.

Asked to confirm Indian Army’s statement that the two sides have agreed to disengage, Zhao said, “The specific measures are under discussion by the border troops of the two sides on the ground, I have no further information to release on this”.

When asked about the Chinese casualties in Galwan, he said some people in the media had alleged that the fatalities amounted to 40. ‘‘I can tell you for sure this is fake news”, he said. This is the first time China has commented on the casualties. The spokesman, however did not elaborate.

Army Chief General Manoj Mukund Naravane visited Leh on Tuesday and interacted with injured soldiers at the base hospital. A total of 76 soldiers were injured after People's Liberation Army attacked Indian soldiers at Galwan Valley in eastern Ladakh last week.

Union Defence Minister Rajnath Singh will not be meeting his Chinese counterpart, who is also attending Wednesday’s Victory Day parade in Moscow, the Defence Ministry said after Global Times, the Chinese mouthpiece, reported the possibility of such a meeting. A spokesperson of the Defence Ministry said no such meeting was planned between the two. Last week, foreign minister S Jaishankar had a telephone conversation with his Chinese counterpart Wang Yi regarding Ladakh.