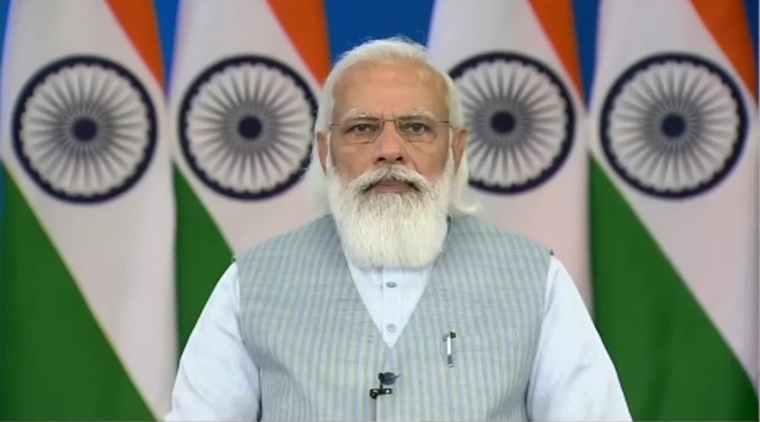 In an effort to boost the confidence of the para-athletes, PM Modi wished them luck and asked them to go ahead and express themselves at the showpiece event.

PM Modi said New India will never pressurise its athletes to win medals, rather everyone should just focus on giving their 100 per cent.

"COVID-19 may have increased your hardships but you people have never given up, this is real sportsmanship. Your victory, your medal is very important but New India will not pressurise our athletes to win the medal, you just need to give your 100 per cent," said PM Modi during the interaction.

While talking to para-badminton player Parul Dalsukhbhai Parmar, PM Modi said: "You will turn 50 in the next 2 years. You've worked hard on your fitness. I think you will be giving a present to your brother, this Raksha Bandhan."

Para-athlete Devendra Jhajharia (javelin thrower) during the interaction told PM Modi: "Sir, you have always encouraged para-athletes, and now we will do our best at the Tokyo Paralympics. When I was nine years old, I lost my hand and when I came back, it was a challenge to go outside my house. When I started playing in school, when I pulled javelin, there were taunts that I had to deal with. There I decided that I will not be weak, in life I have learnt that when there is a challenge in front of us then you are close to achieving success. I was told that I should study and there is no place for me in sports, but I took it as a challenge."

According to the Ministry of Youth Affairs and Sports, as many as 54 para-athletes from across nine sports disciplines will be heading to Tokyo to represent the nation. This is India's biggest-ever contingent to the Paralympic Games, it said.

Union Sports Minister Anurag Thakur will also be present during the interaction. The Tokyo Paralympic Games is scheduled to be held between August 24 and September 5. India will start its campaign on August 27 with men's and women's archery events.