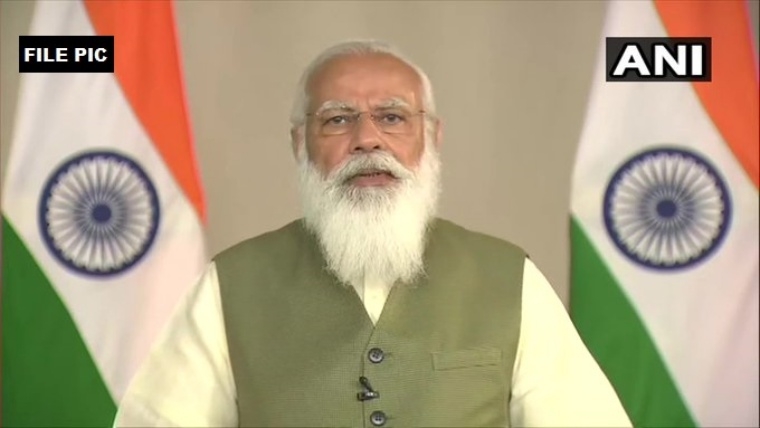 After wishing Mirabai Chanu on Twitter for clinching silver medal at Tokyo Olympics 2020 in weightlighting, Prime Minister Narendra Modi spoke to the athelete and congratulated her and wished her for her future endeavours.

Prime Minister's office in a tweet wrote, "Prime Minister Narendra Modi spoke to the remarkable Mirabai Chanu and congratulated her on winning the silver medal at Tokyo Olympics. He wished her the very best for her future endeavours."

Mirabai Chanu ended India's 21-year wait for a weightlifting medal at the Olympics by clinching a silver medal in the 49kg category to open the country's account here on Saturday.

The 26-year-old lifted a total of 202kg (87kg+115kg) to better Karnam Malleswari's bronze in the 2000 Sydney Olympics. With this, she exorcised the ghosts of the 2016 Games where she had failed to log a single legitimate lift.

Earlier in the day, the PM in a tweet praised the weightlifter and wrote, Could not have asked for a happier start to @Tokyo2020 ! India is elated by @mirabai_chanu ’s stupendous performance. Congratulations to her for winning the Silver medal in weightlifting. Her success motivates every Indian.

President of India, Ramnath Kovind and VP M Venkaiah Naidu too showered praise on Mirabai Chanu. Mr Kovind on Twitter wrote, "Heartiest congratulations to Mirabai Chanu for starting the medal tally for India in the Tokyo Olympics 2020 by winning silver medal in weightlifting."

Prime Minister Narendra Modi spoke to the remarkable Mirabai Chanu and congratulated her on winning the silver medal at Tokyo Olympics. He wished her the very best for her future endeavours: Prime Minister's Office

While Venkaiah Naidu congratulating the weightlifter wrote, "Hearty congratulations to Mirabai Chanu for winning a silver medal in 49 kg weightlifting competition and giving #TeamIndia a fantastic start at the #TokyoOlympics2020. The nation is very proud of her achievement. My best wishes for her future endeavours."

Considered her weakness in the run up to the marquee event, Chanu attempted 84kg in her first snatch attempt. The Manipuri took her time and cleanly heaved the barbell. She lifted 87kg in her next attempt and raised the weight to 89kg, which was one 1kg more than her personal best of 88kg that she had lifted at the national championship last year.