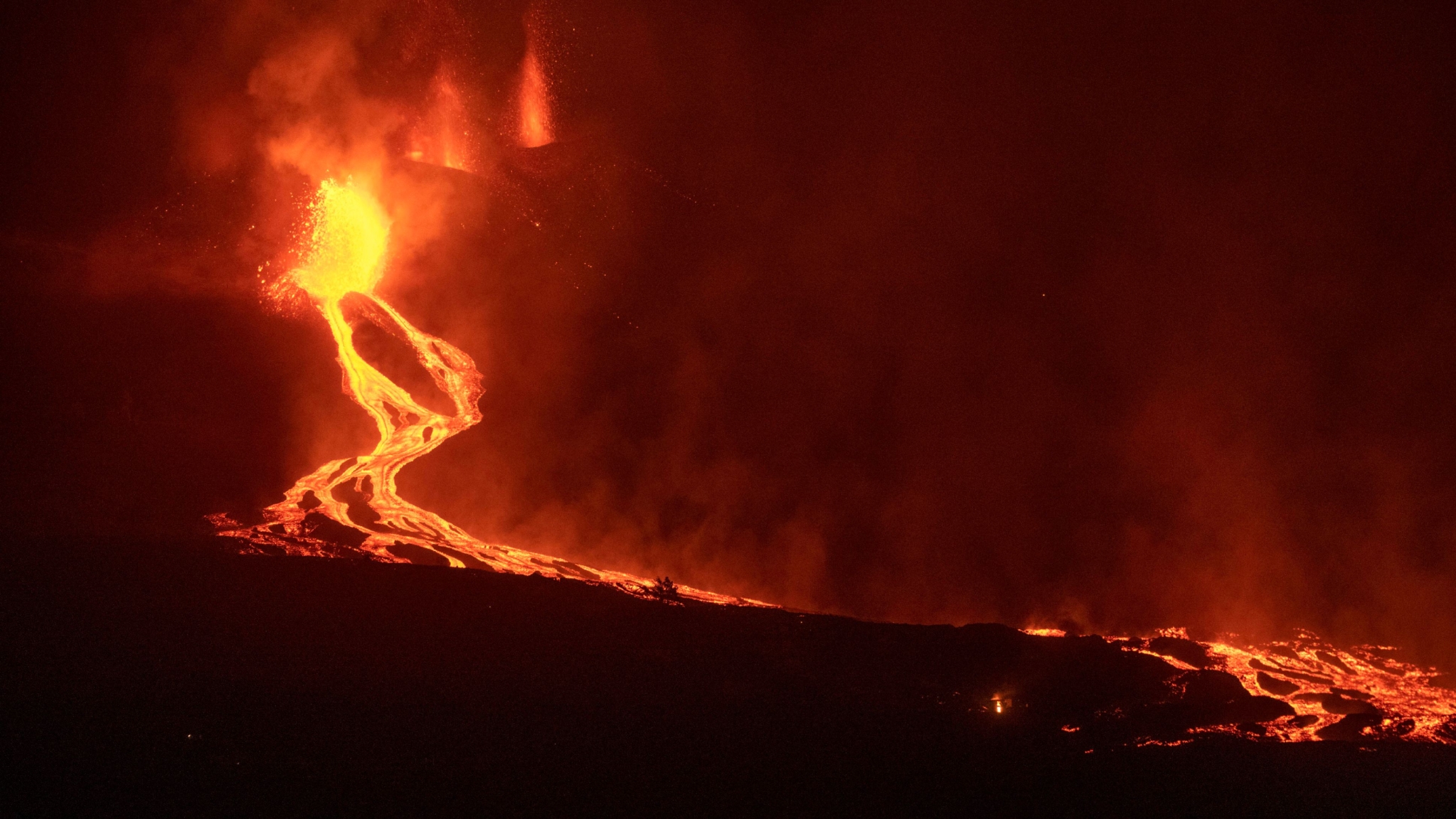 Lava flows from a volcano on the Canary island of La Palma, Spain in the early hours of Tuesday Sept. 28, 2021. | Photo: PTI

Seismic activity at the Cumbre Vieja volcano on the island of La Palma, part of the Spanish Canary Islands archipelago, has reactivated strongly after a brief lull.

The Geological Mining Institute of Spain (IGME) said that the volcano was not extinct, it was just a "normal" pause in its activity, reports Xinhua news agency.

Two lava flows are now around a kilometre away from the ocean, with the Canary Islands Volcanological Institute (INVOLCAN) warning that the thermal shock between magma and water poses a threat to people in the area, reports Xinhua news agency.

The volcano initially erupted on September 19.

Also on Monday, Prime Minister Pedro Sanchez confirmed that the first package of aid measures for La Palma will be approved during Tuesday's cabinet meeting.

Sanchez said that the reconstruction of La Palma will be carried out jointly by the central government, the Canary Island regional government and local authorities.

Residents of several affected municipalities were advised not to leave their homes due to the danger of toxic gases emerging when the lava reaches the sea.

Schools in the towns of Santa Cruz de La Palma and Brena have been closed until further notice.