Third batch of 4,823 Amarnath pilgrims left a base camp on Tuesday for the 3,880-metre-high cave shrine in south Kashmir
PTI 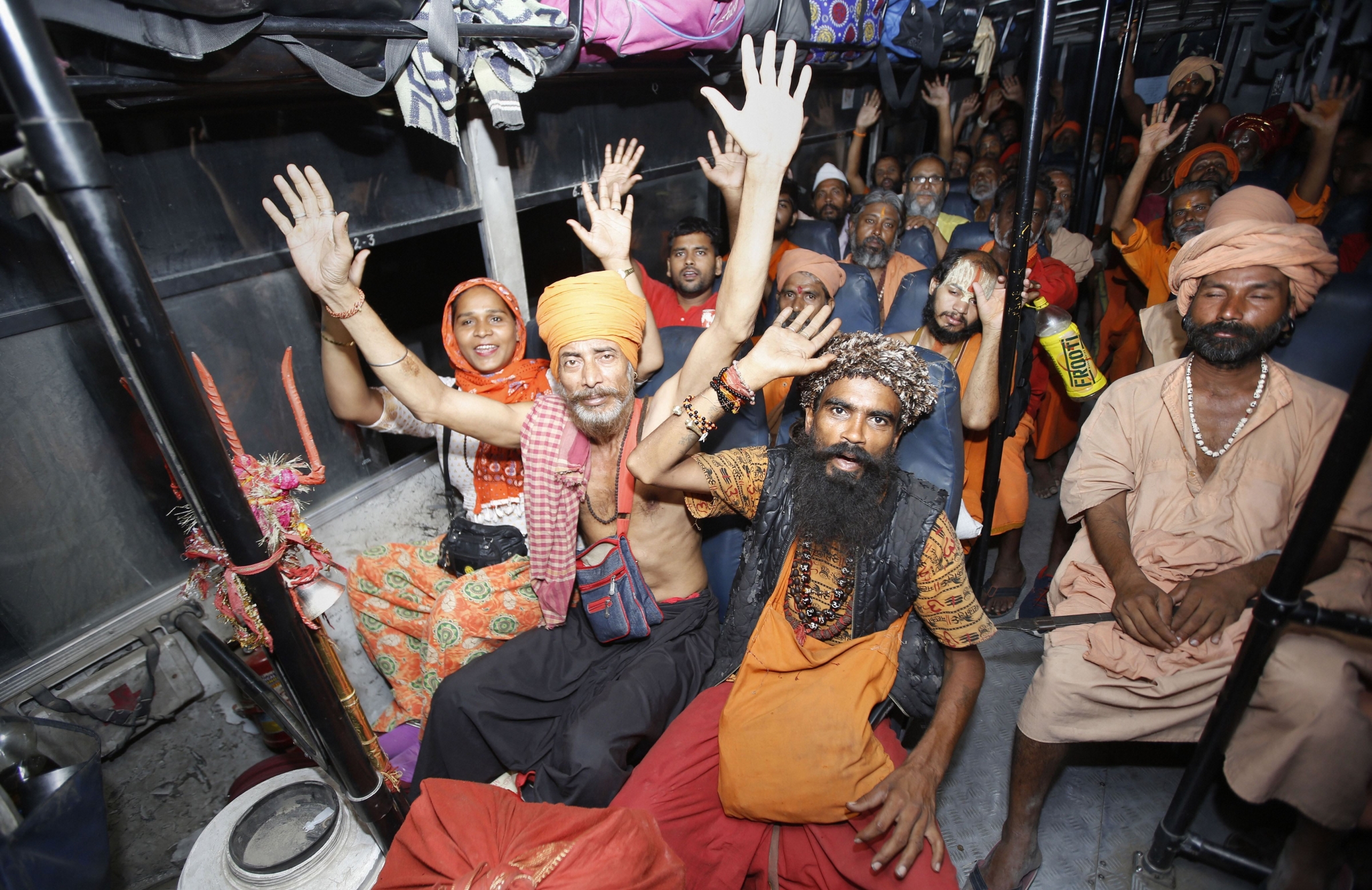 Jammu: The third batch of 4,823 Amarnath pilgrims left a base camp here Tuesday for the 3,880-metre-high cave shrine in south Kashmir. As many as 8,403 pilgrims have paid obeisance at the shrine in the Himalayas till Monday evening, officials said.

Over 1.5 lakh pilgrims from across the country have so far registered for the 46-day long pilgrimage, which takes place from the 36-km Pahalgam track in Jammu and Kashmir's Anantnag district and 14-km Baltal route in Ganderbal district.

The third batch comprising 4,823 pilgrims including 3,759 males, 936 females and 128 sadhus and sadhvis left in a fleet of 223 vehicles from Bhagwati Nagar base camp here at around 3.30 am for Pahalgam and Baltal.

For the Pahalgam route, 2,584 pilgrims left the base camp, while 2,239 pilgrims for Baltal left in 114 and 109 buses and cars, which were escorted by the Central Reserve Police Force (CRPF), officials said.

The yatra to the holy cave commenced Monday from both Baltal and the Pahalgam routes in Kashmir valley. As many as 6,884 devotees left from Baltal and 3,065 from Pahalgam route on Monday, they said, adding that the first batch was flagged off from here on Sunday.

Multi-tier security arrangements have been made for the smooth and successful conduct of the yatra concluding on August 15, they said. As many as 2.85 lakh pilgrims paid obeisance at the cave last year, while the number of pilgrims was 3.52 lakh in 2015, 3.20 lakh in 2016 and 2.60 lakh in 2017.