'They were raped, paraded naked, brutally beaten, and were finally taken to a stage where the whole village stood and gazed': 15 years of Khairlanji massacre

Sabrina Buckwalter, the journalist who broke the Khairlanji story, filmmaker Vikram Pradhan, who is making a movie on the massacre, and scriptwriter Jia Thakkar talked about the gruesome incident with the Free Press Journal.
Shubham Bhargav 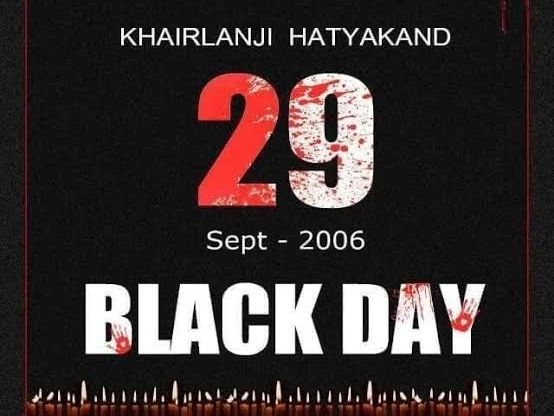 "Google maps won't take you to that village, you have to ask your way through from the bystanders which is exactly what we did, but the response we got from a man shocked all of us. 'Hataykand wala Khairlanji' (Khairlanji where the massacre took place) was the reply from the man who looked in amazement as to why these well dressed people want to go to that village," said Jia Thakkar, the co-writer of an upcoming movie based on the horrific Khairlanji massacre which shook the country.

It's been 15 years since the Khairlanji massacre shocked the country. Uttering the grotesque details of what transpired on 29th September 2006 is enough to give sleepless nights to anyone. However, it is important to tell the world what happened in the remote village of Maharashtra which led to innumerable protests all across the country.

"When I got to know what had transpired from the village locals, I was shocked as to why the incident was not covered by any of the big media houses. The way a dalit family was brutalized by a ruthless mob was enough to understand the plight of dalits in the country at that time," Sabrina Buckwalter, the journalist who covered the incident from ground zero said.

"They were raped, paraded naked, brutally beaten by sticks and were finally taken to a stage where the whole village stood and gazed at the helpless members of the Bhotmange family," Sabrina told the Free Press Journal.

Sabrina, a white American woman who came to India and instantly fell in love with the vibrancy, culture and people, wanted to explore the different parts of the country. Working as a journalist with the Times of India at that time, Sabrina decided to cover the Khairlanji story and despite the language barrier, understood the seriousness of the issue and bravely reported the story.

For the unversed, Surekha, wife of Bhaiyalal Bhotmange, her daughter Priyanka and two sons, Sudhir and Roshan, the latter a visually challenged youth, were brutally murdered by an enraged mob back in 2006. Priyanka and Surekha were raped and paraded naked in the entire village. When Sabrina broke the story, big media houses picked it up and dailts across the country staged protests.

Months later, Sabrina was asked by the authorities to leave India within 72 hours. Her visa renewal was denied. Sabrina, who had devoted her life to India and Indians, was forced to leave the country.

Bollywood film director Vikram Pradhan has decided to make a film on the Khairanji massacre and Sabrina's role in uncovering the truth. "I respect Sabrina for her courage and determination. What she did was commendable. I want to thank her for allowing me to bring her story on the big screen," Vikram said.

6 out of the 8 accused in the Khairlanji massacre were given capital punishment. The High Court, on appeal, commuted the death sentence saying that it was “not the rarest of the rare cases.” The appeal court modified the sentence on these six persons and the two others, who were given life terms by the lower court, to a 25-year imprisonment. As many as 15 years have passed since the horrific incident took place and even today the question remains, 'Was Justice Delivered?'