Meet the unsung corona heroes: Engine drivers who have been chugging migrant workers across the country 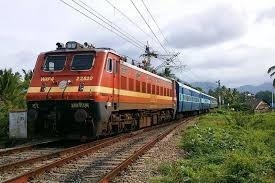 Chennai: They are also called pilots, but glide rapidly across the land than soaring high above it. They also transport stra­nded Indians to their homes, but remain unsung because they are locomotive/train pilots and the railway officials do not position them before the media unlike the media-savvy airline officials.

With much reluctance and requesting anonymity, a train pilot told IANS on his experience of operating a Shramik Express, one of special trains operated by the Indian Railways to carry thousands of stranded Indians, mostly migrant labourers, to their homes across the country.

“When I operated a Shramik train for the first time, it felt good, as I was taking people who wanted to be with their families in their home town during testing times. I could have spoken to a couple of them, but they were busy boarding the train maintaining social distance and I didn’t want to disturb them,” the pilot said with a tinge of regret.

“Whether people are young or old, every time they board a train a range of emotions would run through their minds. The memories of their childhood train journeys, the interesting people met, the eatables they had bought in a hurry at the stations en route and enjoying them slowly, the tension they felt when their father got down the train to fill some water, the anticipated joy of meeting relatives and others,” the train pilot said partly reliving his own journeys during his younger days.

Queried on the difference between piloting a regular passenger train and the Shramik Special, he said: “It was like operating a high-speed express train. There are no stops and no signals to prevent people boarding enroute. It was a smooth ride akin to high speed prestigious trains like Rajdhani Express, Shatabdi Express or Duronto Express.”

However, unlike the high-speed passenger trains, the Shramik trains are longer with 22 coaches as they carry about 1,140 passengers, with each coach having only 54 passengers.

“The lesser the number of coaches, the easier it is to apply brakes to stop and also get faster speed pick-up. For instance, Shatabdi Express has 11 coaches and it is easy to slow down and accelerate,” he said.