The voting will be done between 10 am and 4 pm on Monday, the results will be declared on October 19.

New Delhi: At least 9,200 Congress Party delegates are all set to elect their ideal candidate among the two parliamentarians—Shashi Tharoor and Mallikarjun Kharge - today for the Congress Party's top post. .

Voting began on Monday in the Congress presidential polls as senior leaders Mallikarjun Kharge and Shashi Tharoor face-off for the post of AICC chief.

Over 9,000 Pradesh Congress Committee (PCC) delegates form the electoral college to pick the party chief in a secret ballot.

Voting began at 10 am at the AICC headquarters here and at party's polling booths in state offices across the country.

Kharge is considered the favourite for his perceived proximity to the Gandhis and backing by senior leaders, even as Tharoor has pitched himself as the candidate of change.

A total of 75 delegates from the Congress party will cast their votes to elect the new party president in the national capital, said sources on Monday.

With the party all set to elect its new president, the 75 delegates, including interim chief Sonia Gandhi, General Secretary Priyanka Gandhi Vadra, former Prime Minister Manmohan Singh and other members of the Congress Working Committee (CWC) and senior leaders, cast their votes at the headquarters of the All India Congress Committee (AICC) in New Delhi.

"I'm confident. The fate of the Congress party is in the hands of party workers. The odds have been stacked against us as the party leaders & establishment were overwhelmingly with the other candidate," said Congress presidential candidate Shashi Tharoor, at Thiruvananthapuram, Kerala.

"I believe the revival of Congress has begun: Congress presidential candidate Shashi Tharoor Today I spoke to Mr Kharge and said whatever has happened, we remain colleagues and friends, " Tharoor further added.

I'm confident. The fate of the Congress party is in the hands of party workers. The odds have been stacked against us as the party leaders & establishment were overwhelmingly with the other candidate: Congress presidential candidate Shashi Tharoor, at Thiruvananthapuram, Kerala pic.twitter.com/pEENIU1tBI

"It is a part of our internal election. Whatever we said to each other is on a friendly note. Together we have to build the party. (Shashi) Tharoor telephoned me and wished me luck & I also said the same," Congress presidential candidate Mallikarjun Kharge in Bengaluru said to the media.

Karnataka | It is a part of our internal election. Whatever we said to each other is on a friendly note. Together we have to build the party. (Shashi) Tharoor telephoned me and wished me luck & I also said the same: Congress presidential candidate Mallikarjun Kharge in Bengaluru pic.twitter.com/saMLUjXZXK

Arrangements for election have been made

"The delegates from all states will vote at their respective polling stations with a 'tick' mark for the candidate they support. Arrangements have been made for smooth polling," said Central Election Authority Chairman of Congress Madhusudan Mistry.

"Ballot boxes will reach Delhi on Oct 18 & counting of votes will be done on October 19. Polling booth set up at AICC as well, where over 50 people will vote. The whole polling process will be fair & free, no doubt about that,' he added.

Congress Party to vote today to elect its next president. Senior party leaders Mallikarjun Kharge and Shashi Tharoor are in the fray.

The counting of votes and declaration of results will take place in Delhi on October 19. 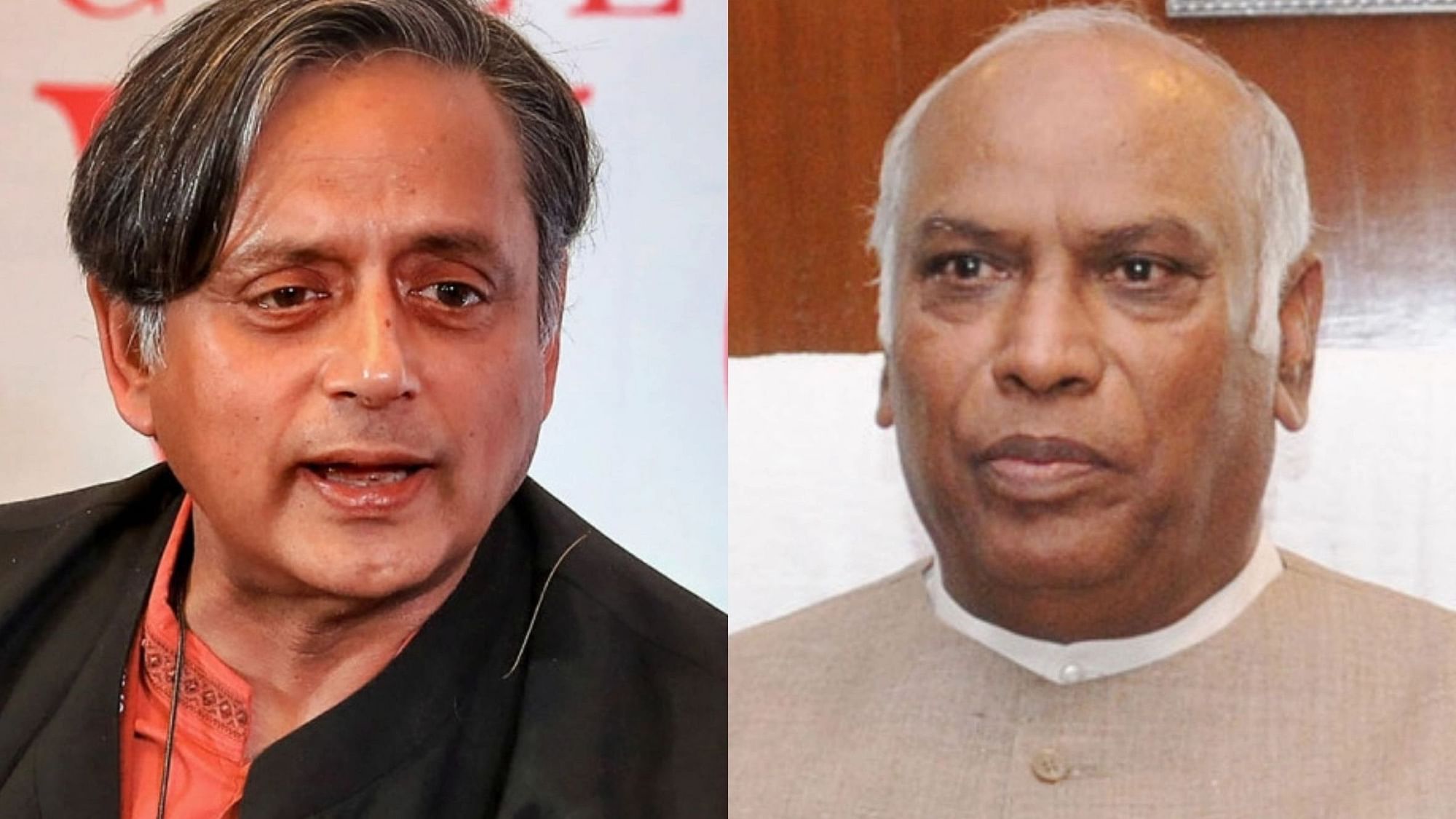 Not the first time a non Gandhi leader is contesting

It is not the first time that a non-Gandhi leader is contesting for the party presidency post-Independence, Jitendra Prasad contested for the post of President about 22 years ago against Sonia Gandhi in which Sonia emerged as a winner holding the mantle of the party for 20 years.

Sonia Gandhi is the longest-serving president of the party, having held the office for over twenty years from 1998 to 2017 and since 2019.This time no member of the Gandhi family is contesting for the post of President.This is the sixth time in its nearly 137-year-old history that polls will be held to elect the President of the party. In the 2017 elections, Rahul Gandhi became the president unopposed.

Apart from the Congress headquarters in the states, the voting facilities will also be available at the party's central headquarters at 24 Akbar Road.

In Delhi, those delegates can cast their vote who have obtained prior permission from the Central Election Authority to cast their vote in Delhi instead of their own state. Congress Working Committee members including Sonia Gandhi, Manmohan Singh and Priyanka Gandhi and some senior leaders will vote in the booth at the Congress headquarters.

About 40 delegates involved in the Bharat Jodo Yatra, including Rahul Gandhi, will be able to cast their vote in the camp itself.

"The polling booth for Congress Presidential elections at the Bharat Jodo Yatra campsite in Sanganakallu, Ballari in Karnataka will open at 10am," tweets Congress Communications in charge Jairam Ramesh pic.twitter.com/YWndXpMKE2

A polling station is being set up at the Sanganakallu campsite in Bellary. While the two contestants Shashi Tharoor and Mallikarjun Kharge will cast their votes in their respective state's headquarters Trivendram and Bengaluru After voting, the ballot boxes from all the states will be brought back to Delhi, where the results will be announced after the counting of votes on October 19.