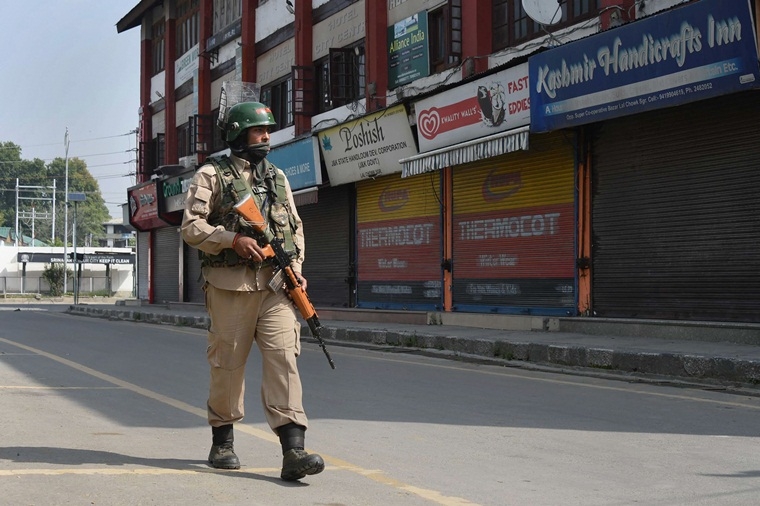 New Delhi: Terrorist groups have threatened locals in the Kashmir valley against opening shops and schools through posters put up in various areas, the Army said.

Women have also been threatened against going out through these posters. The terror threats came after the Parliament, earlier this month, withdrew the special category status to Jammu and Kashmir by reading down Article 370 of the Constitution and divided the state into two Union territories. The Valley has been under unprecedented security cover ever since August 5, with most areas still without any communication lines.

Posters belonging to terror outfits Hizbul Mujaheedin and Lashker-e-Taiba have been recovered, army officials said. In a poster of Hizbul Mujaheedin recovered from Kulgam district, locals have been warned against plying their private vehicles on roads, the army said. "We have registration numbers of certain private vehicles that are still plying on the roads and we issue a final warning to their owners. No schools should be opened. No woman should be seen on the road. Keep your womenfolk inside your houses," says one of the posters.