Sharmila has been on a hunger strike since Friday morning protesting against the TRS Government for not being granted permission to hold her Praja Prasthanam Padayatra.

Telangana: YSRTP chief YS Sharmila, who is on a hunger strike, was arrested and shifted to the Apollo Hospitals in Jubilee Hills late on Saturday night.

Sharmila has been on a hunger strike since Friday morning protesting against the TRS Government for not being granted permission to hold her Praja Prasthanam Padayatra.

According to the doctors at the Apollo Hospital, Sharmila's health is stable now.

Doctors from Apollo Hospitals earlier stated that Sharmila's blood pressure and glucose levels have fallen down to alarming levels, and she expressed concern over dehydration which could lead to electrolyte imbalance, potent enough to pose a danger to her kidneys.

Earlier on Friday, Sharmila alleged that the police were not allowing her to continue a 'padayatra' (foot march) despite her having the court's permission. 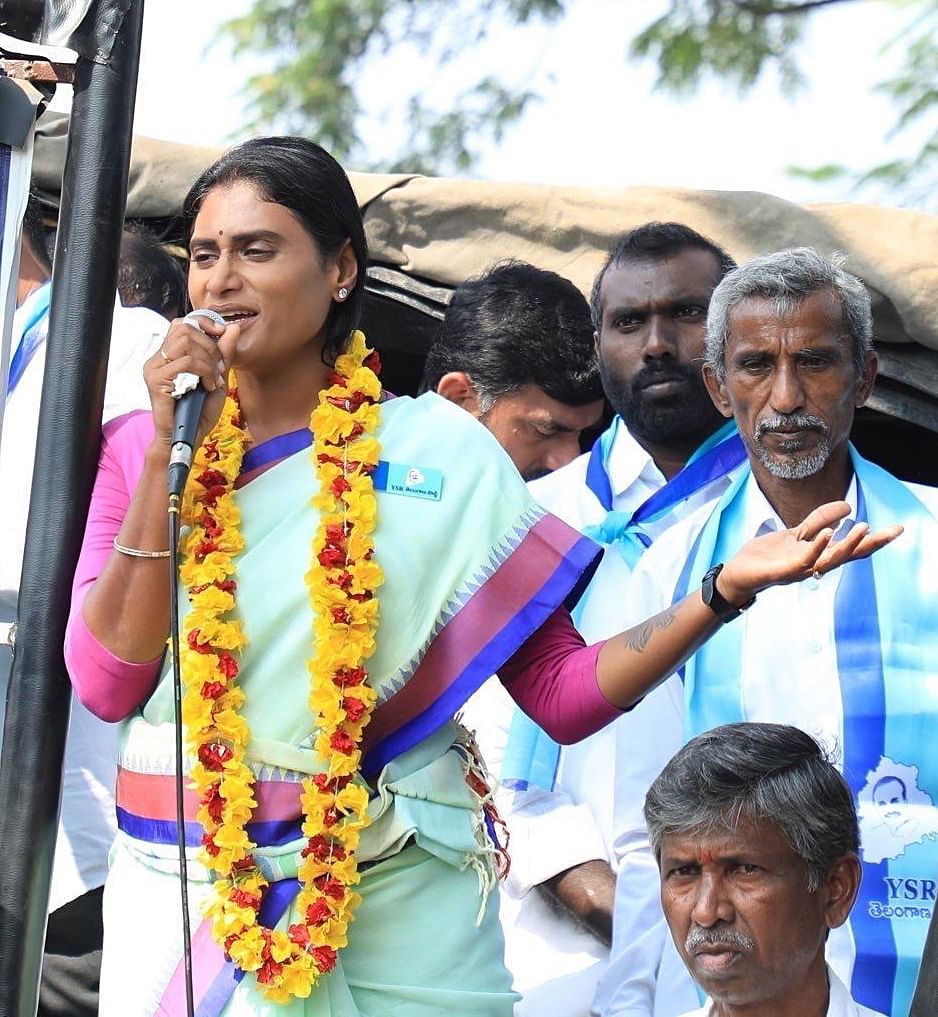 "I am sitting here on hunger strike demanding that democracy be protected in Telangana and that I am allowed to continue my padayatra," she had said.

She further accused that her bus was burnt and the followers were beaten up to stop her foot march.

"KCR is trying his best to stop my padayatra. My bus was burnt, my people were beaten up and they accused me of violence. Later, they arrested me and took me to Hyderabad. The next day, the court granted me permission to continue my foot march but now the police aren't allowing me to take it forward," she had further said.

On November 29, YS Sharmila's car was towed and detained by Panjagutta Police while sitting inside her SUV which was allegedly vandalised by the TRS cadre. She was booked on various charges, including theft, criminal intimidation, and public nuisance, and later in the evening produced before a magistrate.

She was detained from Somajiguda when she was approaching Pragati Bhavan to gherao the official residence of Chief Minister K Chandrasekhar Rao. She was then brought to SR Nagar Police station in Hyderabad.

Before being detained, police towed away Sharmila's car with the help of a crane, even as she was sitting inside it protesting against the Telangana CM KCR.

After being brought to SR Nagar Police Station, the police allegedly forcefully broke open the car door and got her out of the vehicle. She was then taken to the Police Station along with some of her followers.