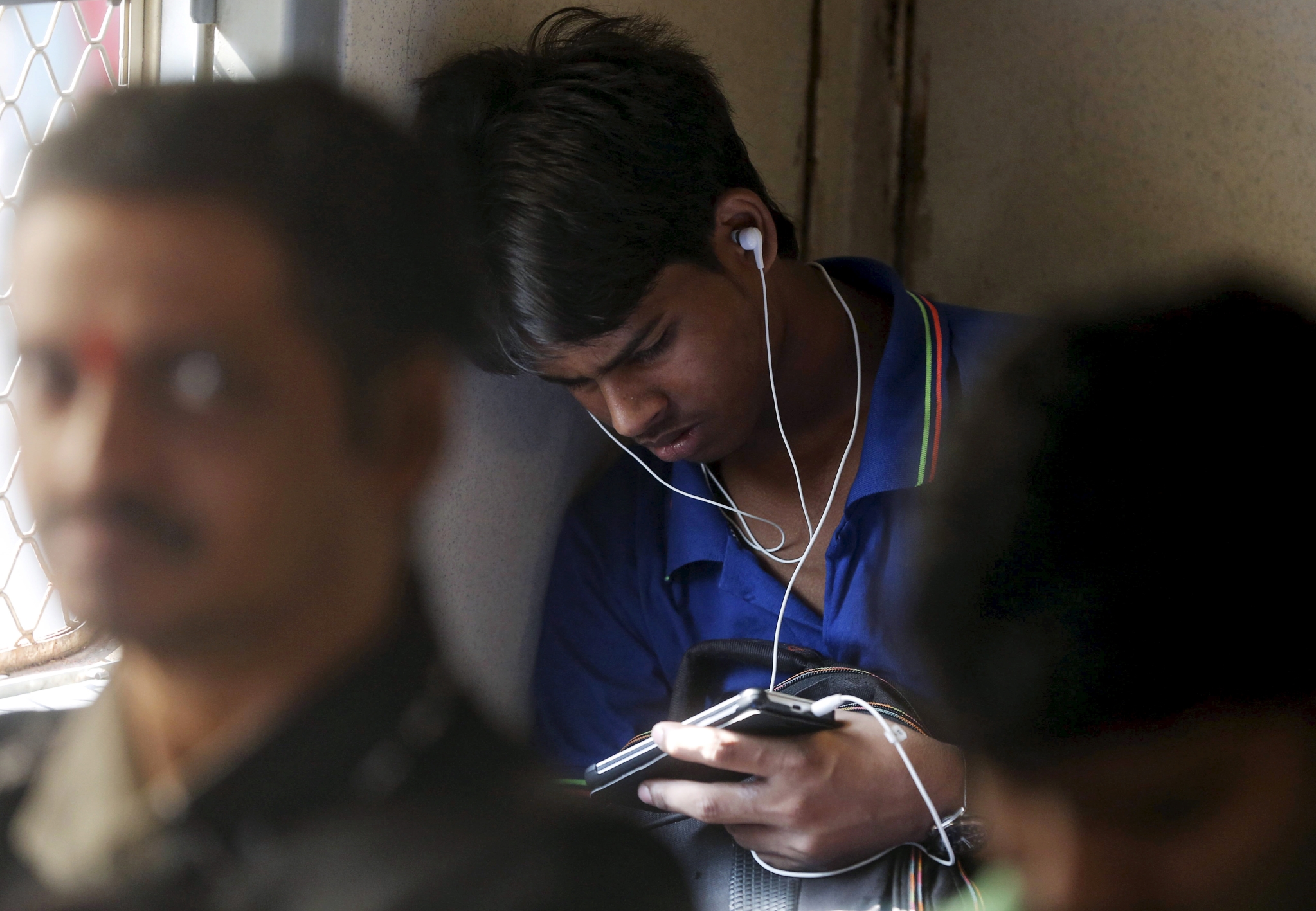 A man watches a video on his mobile phone as he commutes by a suburban train in Mumbai, India, March 31, 2016. With smartphone sales booming and India preparing for nationwide 4G Internet access, India's film and TV industry hopes the ease of tapping your phone for the latest release will generate profits at last, overcoming the problems of woefully few cinemas and rampant piracy. Picture taken March 31, 2016. REUTERS/Shailesh Andrade - RTSDS08 |

Nearly 12 per cent of the respondents thought that teenagers would take to Catphising/Sweetheart Scams — where the user assumes a different identity to trick people into an online romantic relationship.

Chopra acknowledged that these vulnerabilities are due to teenagers’ exposure to non-evaluated apps on different app stores.

When asked if it is fair to blame the teenagers for such risks, he said since downloading apps is in their hands, they must be made aware of the risks involved.

He asked the smartphone users to use a security software such as Norton Mobile Security as it helps to use discretion when installing apps.

According to him, parents should check the smartphone usage habits of their kids.

Other tips are using strong passwords and lock screen patterns, reviewing settings and updates on a regular basis and downloading apps from official app stores.