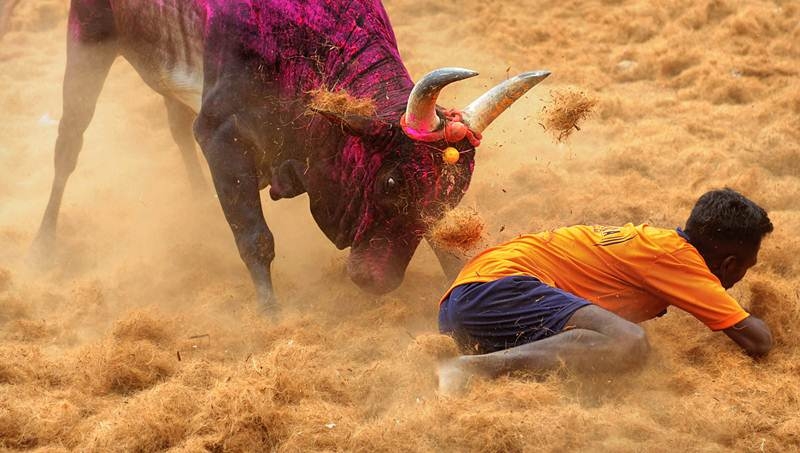 With the festive mood of Pongal, the state of Tamil Nadu took to execute its traditional (yet controversial) bull fighting sport. On Saturday at Suriyur village near Trichy, a 29-year-old bull owner was knocked down by his bull during the Jallikattu event.

According to reports, the unfortunate incident occurred when G. Meenachi Sundaram of Srirangam was leading his bull towards Vadivasal, through which the bulls enter the sport zone.

“After completing the medical examination of the bull, Meenachi Sundaram was taking him to the arena. The bull suddenly attacked the owner, inflicting severe injuries on his thigh," police sources reported.

Meenachi Sundaram was rushed to the Mahatma Gandhi Memorial Government Medical College Hospital (MGMGH), but was examined and declared "brought dead". The cause of death was stated to be excessive bleeding.

Around 400 bulls were registered for the event, but only 300 bulls were allowed to enter the arena as per the COVID-19 restrictions, as per reports. Bull tamers were to produce vaccination certificate and negative RT-PCR report while the health of the bulls were being checked by the Animal Husbandry Department teams before it made to the game. 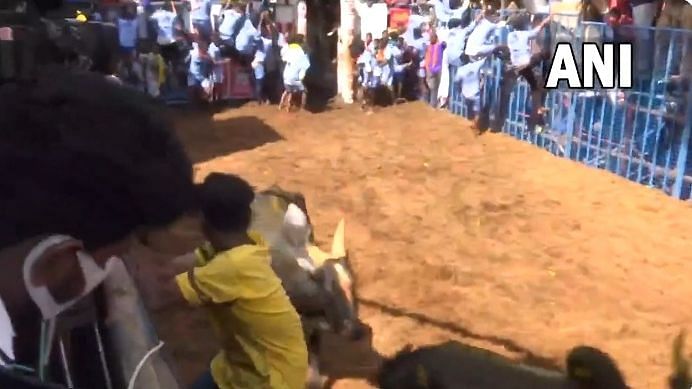