Tamil Nadu govt slashes tax on petrol by Rs 3 per litre, slams Centre for rising fuel prices: All you need to know 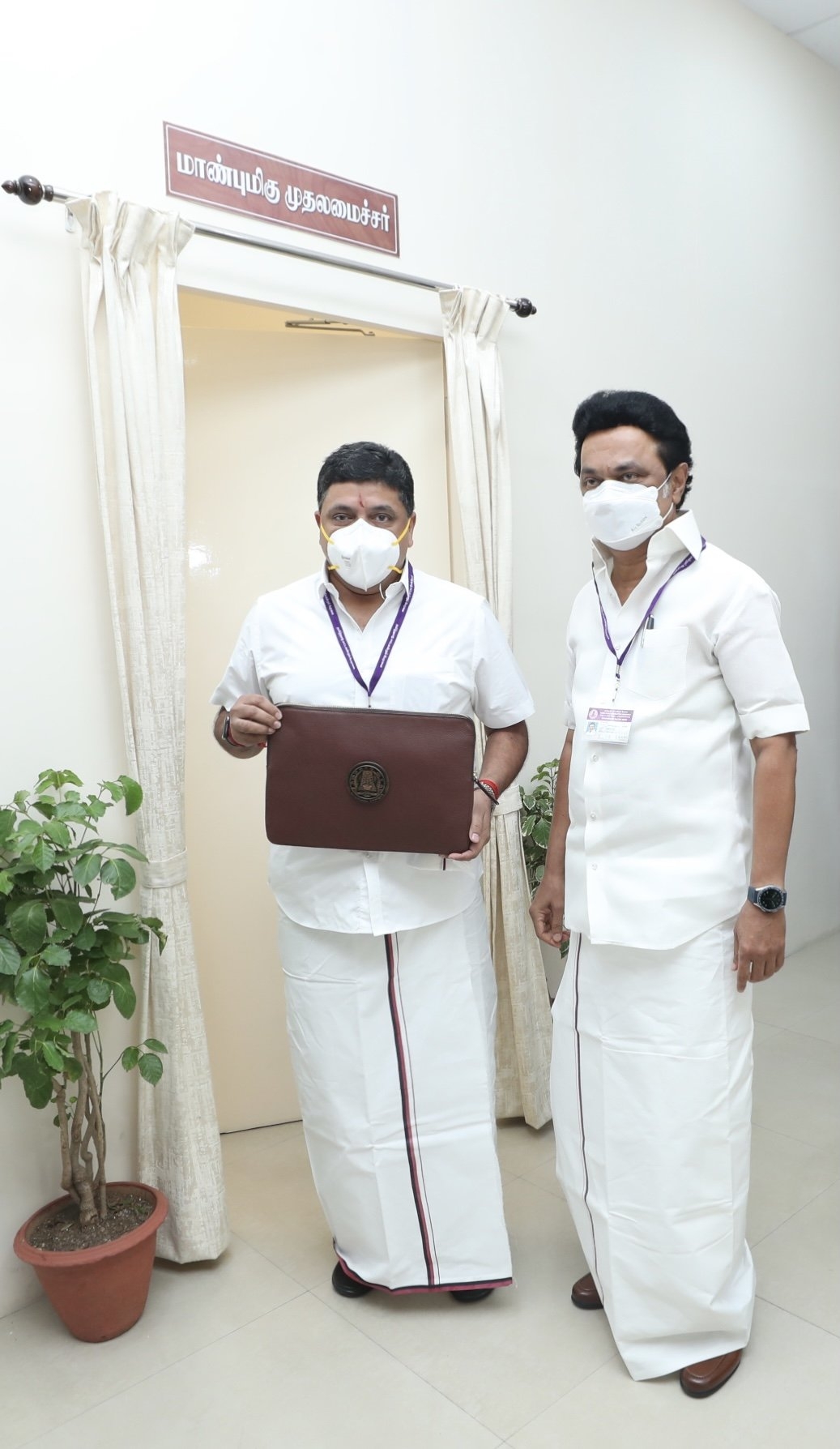 Chennai: In a significant development, Tamil Nadu Finance Minister Palanivel Thiaga Rajan on Friday announced a reduction in the rate of tax on petrol by Rs 3 per litre. The revised petrol price will be effective from Saturday.

The DMK Government in its Assembly election manifesto this summer had promised to slash the prices of petrol by Rs 5 per litre and that of diesel by Rs 4 per litre. However, given the State's alarming fiscal situation, as highlighted in a White Paper released earlier this week, it confined its populism to reducing petrol price by Rs 3 per litre leaving the diesel price untouched.

Presenting the Revised Estimates for the Budget 2021-22 in an all electronic form (paperless) for the first time with legislators being given computer screens on their tables, the Finance Minister blamed the Union Government for the rising fuel prices.

Tamil Nadu has 2.63 crore two wheelers. This has become the most popular mode of transport for the working poor. They keenly feel the pinch of the rising cost of petrol, he said. The Union Government was solely responsible for the increase in cost of the fuel and has benefitted tremendously from the increase in taxation on petroleum products at the cost of the States.

"The Hon’ble Chief Minister keenly feels the pain of the working poor and the middle class. I am happy to inform the House that this Government has decided to reduce the effective rate of tax on petrol by Rs.3 per litre and thereby provide major relief to the toiling working class people in the State. This measure will result in a loss of revenue of Rs.1,160 crore a year," Rajan said.

The White Paper had also laid bare the dismal record of fiscal mismanagement of the past decade, including the elevated deficits and consequent debt overhang from the previous Government. "Arresting and reversing this decline is one of the important commitments we made to the people. The task is daunting and cannot be completed at one go or in one year. It will need sustained efforts over at least two to three years," Rajan said indicating that harsh measures to put the economy back on rails could be introduced in the post-COVID pandemic period and not immediately.

"The White Paper shows that this Government understands the complexity and depth of the problems we face, as well as our determination to address the problems through firm, determined and dedicated action. Even as we improve the fiscal situation, we will prioritise the promises made in the election manifesto and implement them in stages," he said.

"The most critical reform that we need to undertake is to increase the tax GSDP ratio of Tamil Nadu. The most significant finding in the White Paper is the deterioration of the tax GSDP ratio of Tamil Nadu by 3.02 per cent from 8.48 per cent in 2006-07 to just 5.46 per cent in 2020-21. In current GSDP terms, this represents loss of about Rs.65,000 crore worth of revenue per annum. This is the loss that has to be made up by this State," Rajan added.