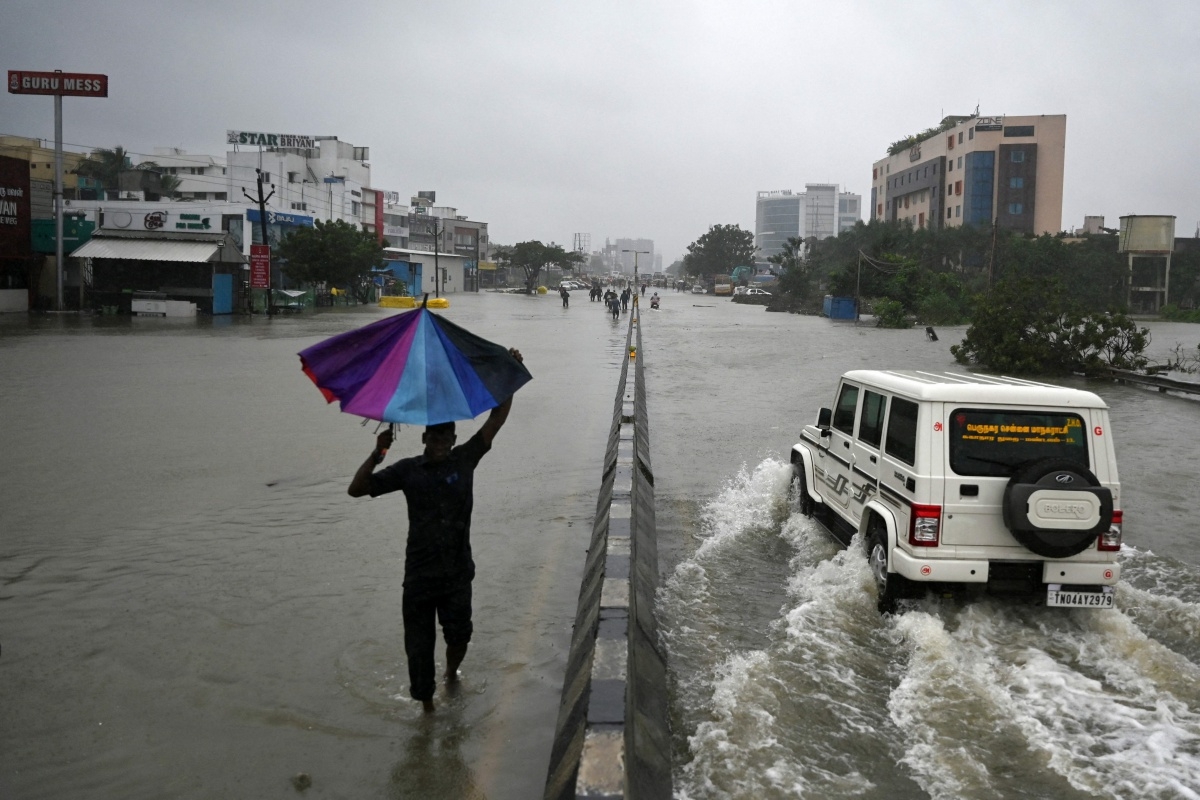 People wade along a waterlogged road during a heavy monsoon rainfall in Chennai on November 11, 2021 | AFP

Chennai: In a tragic incident, nine members of a family including four children were crushed to death in their sleep as their house collapsed in Vellore district in north Tamil Nadu early on Friday. The family was staying in a dilapidated house, believed to have been constructed at least 50 years ago.

While rains spared Chennai and its surroundings as the depression crossed over early in the morning, in Vellore the Palar river was in spate and it left behind a trail of devastation.

According to police, the family members of Ghouse – 18 of them in all - were staying in the house when tragedy struck around 6.30 am. The house crumbled in the impact of rains killing nine members of the family in their sleep. Four of the deceased were children aged 13, 6, 4 and 3 years. Nine other family member sustained injuries.

Neighbours who heard their screams, called the Fire and Rescue Services whose personnel retrieved the bodies and sent them to the Government Medical College Hospital in Adukkamparai. The injured were also admitted at the same hospital.

In another incident, a new riverside bungalow crumbled in Vellore’s Hyderpuram near Gudiyatham, as the Palar river was in spate and it had washed away the soil. Fortunately, the occupants of the house had vacated recently and moved to a safer location. 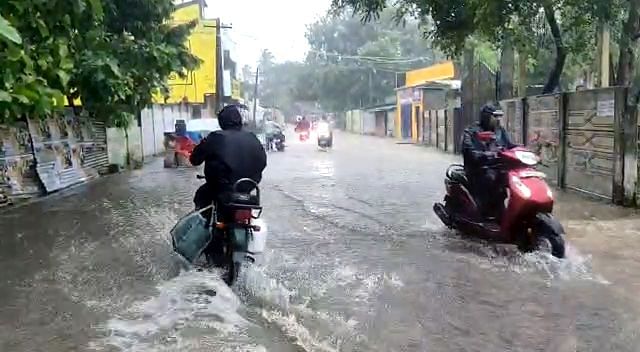