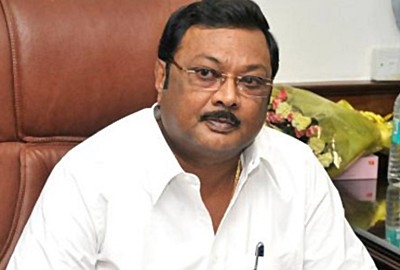 Expelled DMK leader and former Union Minister M K Alagiri on Tuesday denied reports of him floating a political outfit or joining the BJP. Alagiri, the elder brother of DMK president M K Stalin, was expelled from the DMK in 2014 by his father and party patriarch M Karunanidhi following a fallout in the family.

“I have not taken any decision yet on launching a political party or joining the BJP. State BJP president L Murugan’s remarks that he would welcome me into the BJP fold if I desired, is his view,” Alagiri told journalists. However, he added that he would consult his supporters and announce a decision soon.

Some second line leaders of the BJP, in private, have been claiming that Alagiri could meet Home Minister Amit Shah, who is scheduled to visit Chennai on official-cum-party work on November 21.

In his heydays when he had his father’s blessings, Alagiri was a powerful political personality in south Tamil Nadu with Madurai as his base, though for much part of over 20 years, he did not hold any organisational post in the DMK or elected office. Many senior party leaders in the south would keep him in humour as he was the bridge for them to reach Karunanidhi.

At one point, he gained a name for winning by-elections with huge margins and was appointed the DMK south zone organisation secretary, while his younger brother M K Stalin, who had Chennai as the base and contested elections since 1984, was elevated as Deputy Chief Minister. In 2009, much to everyone’s surprise Alagiri entered the political fray and entered the Parliament from Madurai and was also given a berth in the Manmohan Singh Cabinet as Chemicals Ministers.

However, he also gained notoriety as his supporters ran amok in Madurai during 2006-11 when Karunanidhi was Chief Minister. Soon there were strains within the Karunanidhi family and just before the 2014 Parliamentary elections, he was expelled from the party.

Since then Alagiri has made repeated attempts to get reinstated in the DMK but in vain. After Karunanidhi’s death in August 2018, he tried to challenge Stalin levelling allegations about the use of party funds. A month later he took out a rally in Chennai to mourn Karunanidhi’s death but hardly drew any crowds. From then on he has been maintaining a low profile, except for occasionally deriding his brother and the DMK.

However, most of his influential supporters such as former ministers and DMK district secretaries have moved over to the Stalin camp. Against this backdrop, even now sources said Alagiri would prefer reinstatement in the DMK as his first choice than forming his own party and ruining his chances further.