The Congress Party Senior Leaders to walk through the nation to promote transformational politics, The tagline of the yatra is "Mile Kadam, Jude Watan'

The journey on September 8 will cover a distance of 3,570-kilometers from Kanyakumari to Srinagar.

In Tamil Nadu, Congress is part of the Dravida Munnetra Kazhagam (DMK) led alliance that won the last assembly election but is not part of the government.

Before the launch of the 'Bharat Jodo Yatra', Rahul Gandhi will visit Sriperumbudur, the place where prime minister Rajiv Gandhi's was assassinated in 1991 and later attend an event in Kanyakumari.

The classification of those participating in the yatra is — 'Bharat Yatris', 'Atithi Yatras', and 'Pradesh Yatris'. 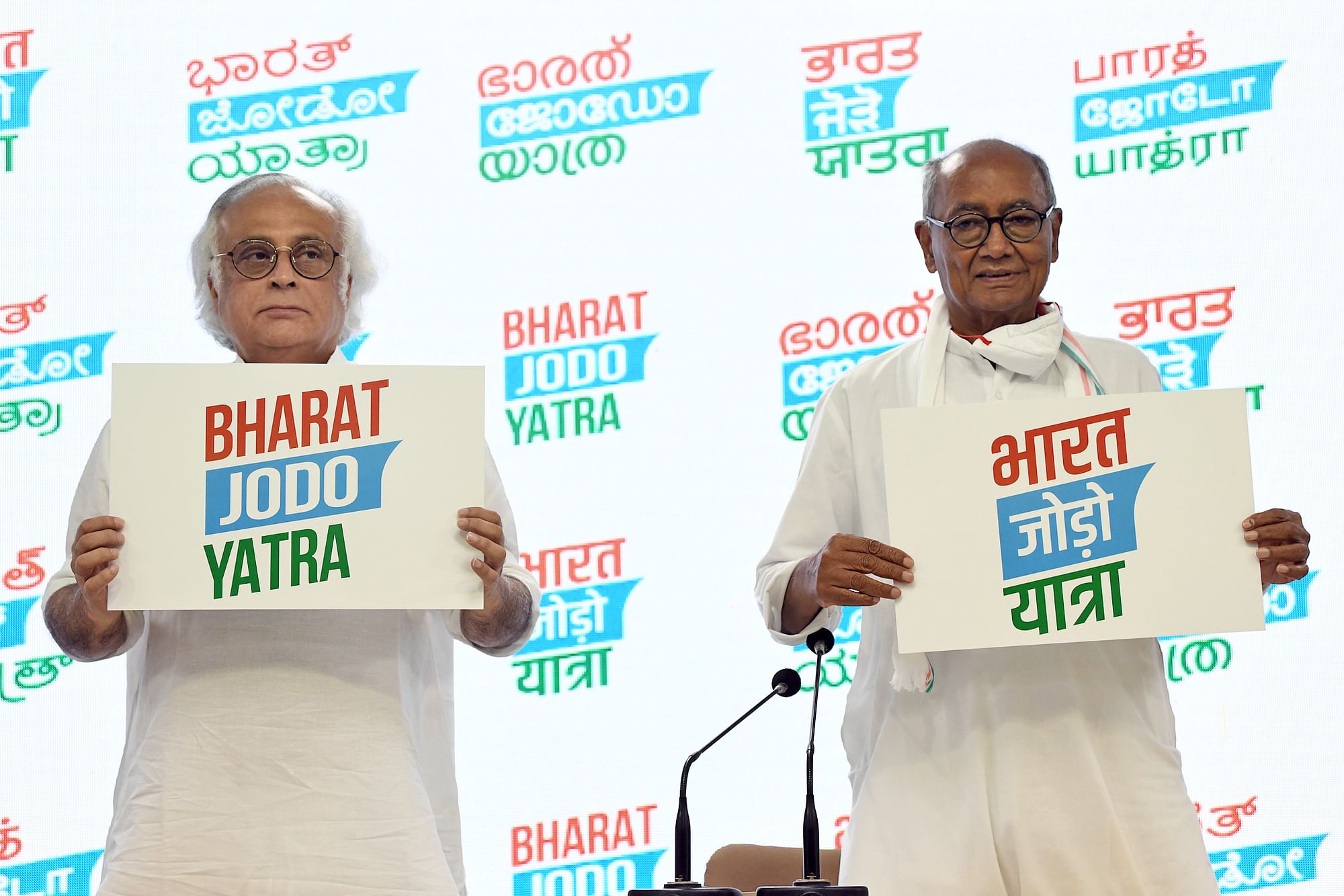 A new classification of 'Volunteer Yatris' has been introduced after over 37,000 ordinary people not related to the party registered on the 'Bharat Jodo Yatra' website. Before the launch of the yatra on September 7, Rahul Gandhi will also visit the Vivekananda Rock Memorial, Thiruvalluvar Statue, and Kamaraj Memorial in Kanyakumari.

The Congress claimed that the padyatra is aimed eliminating hatred.

The yatra will remain in Karnataka for 21 days before moving to other states northwards. The party has classified 118 leaders, including Gandhi, as' Bharat Yatris' who will walk the distance from Kanyakumari to Srinagar. They will cover, on an average, 20–25 km a day.

The tagline of the yatra is "Mile Kadam, Jude Watan'.