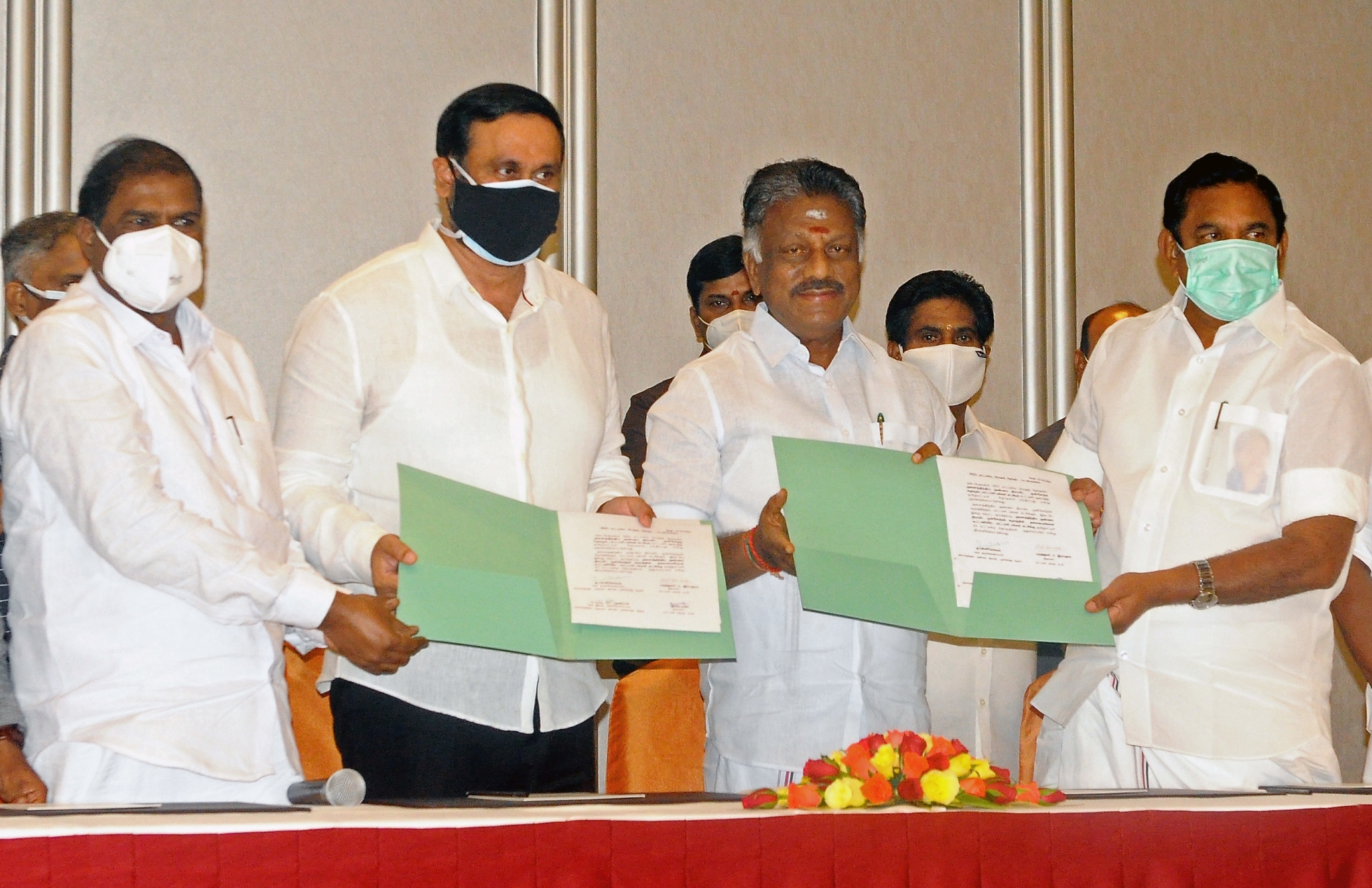 Chennai: On the last day of the 15th Legislative Assembly’s final session, the ruling AIADMK on Saturday took the lead in holding seat sharing talks with multiple allies for the April 6 Assembly elections.

The party leadership sealed a pact with the PMK offering it 23 seats as part of the deal. AIADMK leaders O Panneerselvam and Edappadi K Palaniswami signed the pact in the presence of PMK president G K Mani and party heir-apparent Anbumani Ramadoss. The constituencies would be decided later, Panneerselvam said.

Anbumani told journalists that the party had scaled down its demand of seats and agreed for a lower share of 23 seats since the AIADMK Government had offered 10.5% exclusive reservation in government jobs and higher education for the Vanniyars, a community whose interests the PMK represents. “This would not in any way reduce our overall strength,” he said.

In the morning, a team of BJP leaders led by its state president L Murugan met Panneerselvam and others to hold preliminary talks on seat sharing. Home Minister Amit Shah, slated to arrive in Chennai on Saturday late night, is expected to give a fillip to the talks.

Late in the night, the AIADMK sent a delegation comprising two ministers and a senior leader to meet DMDK founder and actor Vijayakant to start the seat-sharing talks.

In the rival DMK camp, the seat-sharing talks have begun only with the Congress but no final decision has been taken.

A third front might evolve under actor Kamal Haasan’s leadership. He heads the Makkal Needhi Maiam and on Saturday another actor Sarathkumar, who has his own outfit, reached out to him for an alliance. No decision was taken though.