Talks in Jammu and Kashmir only on govt’s conditions, shunning of violence must for any engagement: Army Chief Gen. Bipin Rawat 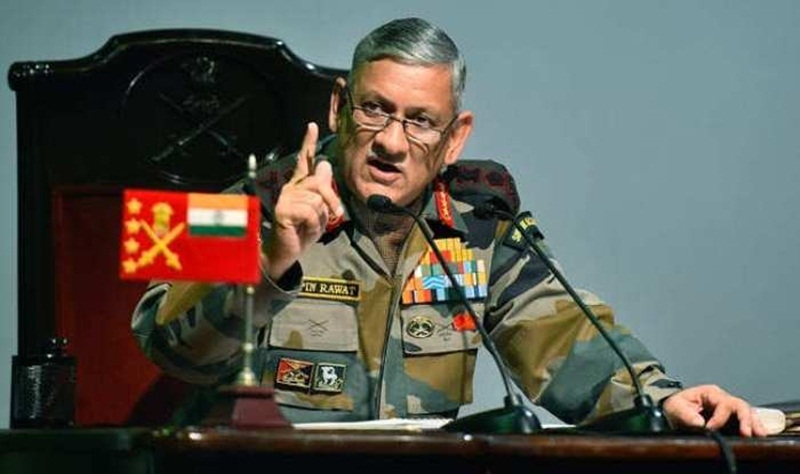 New Delhi: A day after supporting talks with Taliban, Army Chief Gen. Bipin Rawat said the same approach cannot be applied to Jammu and Kashmir, asserting that talks and terror cannot go together and that any engagement with militant groups in the state will be strictly on the basis of conditions set by the government.

The Army Chief also said that Pakistan’s hostilities towards India along the border in J&K have not come down after Imran Khan came to power, adding the Pakistani leader was only talking about peace and not doing anything to improve the situation on the ground. Gen. Rawat, addressing a press conference ahead of Army Day on January 15, also said over 300 terrorists are waiting along the border in Kashmir to infiltrate, but added his forces are ready foil their attempts.

“The government is adopting a hard and soft power approach in dealing with Kashmir…We are only facilitators for peace in J&K,” he said.

Referring to a number of countries engaging in talks with Taliban, the Army Chief said India should not be out of the bandwagon as it has “interests” in Afghanistan.

“Same analogy cannot be applied to J&K. It is a bilateral issue between us and our western neighbour. There is no place for any third party intervention. Here if we have to talk, we have to talk based on our terms and conditions,” said Gen. Rawat in his annual press conference.

In his address at the Raisina Dialogue on Wednesday, Gen. Rawat backed dialogue with the Taliban in Afghanistan.

The Army Chief was asked about his comments on Wednesday backing talks with Taliban and whether he would support engaging Hurriyat Conference and other separatist groups in Kashmir.

“We are saying talks and terror cannot happen together. It is not only just applicable to our western neighbour, it is applicable to Jammu and Kashmir also. You cannot keep killing security personnel and say we are ready for talks,” said the Army Chief.

“Talks can only happen if you give up violence,” he added.

The Army Chief also said success in Jammu and Kashmir should not be measured by number of terrorists being killed and that people of the state were beginning to understand that violence was not the way forward.

He said of local youths joining terrorism in Kashmir was linked to intensity of propaganda and was not related to killing of terrorists by security forces.

He said funeral processions of terrorists and conferring martyr status to them by Tanjims had encouraged youths to join the groups, adding the Army has limited the processions which has shown positive results.

The Army Chief said people of Jammu and Kashmir were beginning to realise the futility of violence. “Youths in Kashmir are immensely terrorised by terror groups and Tanjims,” he said. On the situation in the state, he said, “I am not saying it’s totally under control.”