Freedom of speech and expression is the "most abused right" in recent times, the Supreme Court said on Thursday and pulled up the Centre for its "evasive" and "brazen" affidavit on media coverage of the Tablighi Jamaat event earlier this year.

A bench headed by Chief Justice S A Bobde, which was hearing pleas of Jamiat Ulama-I-Hind and others alleging that a section of media was spreading communal hatred over Tablighi Jamaat congregation during the onset of COVID-19 pandemic.

"Freedom of speech and expression is the most abused right in recent times," the apex court said.

The bench observed this when senior advocate Dushyant Dave, appearing for Jamaat, said the Centre in its affidavit has stated that petitioners are trying to muzzle freedom of speech and expression.

The bench was irked over the fact that instead of secretary of the Information and Broadcasting Ministry, an additional secretary filed the affidavit which contained "unnecessary" and "nonsensical" averments with regard to media reporting in Tablighi Jamaat issue.

"You cannot treat this court the way you are doing in this case," said the bench, also comprising Justices A S Bopanna and V Ramasubramanian.

The apex court sought an affidavit from the I&B secretary with details of steps taken in the past to stop motivated media reporting in such cases.

The bench has posted the matter for hearing after two weeks.

During the hearing conducted through video-conferencing, the bench said it has examined the Cable Television Networks (Regulation) Act, 1995 and section 20 deals with power to prohibit the operation of a cable television network in the public interest.

"We want to tell you something, this power is exercisable to the TV programme but not broadcast signal. This act does not help. Government has filed an affidavit in which it has said an advisory has been issued," the bench observed.

Dave referred to the power under the Cable Television Act and said many a times government has rightly exercised its power.

The bench told Solicitor General Tushar Mehta that affidavit has been filed by the additional secretary and he has not addressed the allegations.

"This is nonsensical averment made," it said, adding, "This is an evasive kind of affidavit".

In August, the Centre had told the apex court that a Muslim body's attempt to obtain a blanket "gag order" on the entire media to prevent them from reporting Markaz Nizamuddin issue would effectively destroy the freedom of the citizenry to know and the right of journalists to ensure an informed society.

The government had said that in the absence of any specific information about any objectionable news published or aired by a specific news channel/agency, the Constitution and the applicable statues do not give it any authority to unilaterally pass any censure order under the Cable Television Networks Rules.

In its affidavit field in reply to the plea of Jamiat, the Centre had said: "Attempts to seek a blanket 'gag order' against the entire media in respect of Markaz Nizamuddin issue will effectively destroy the freedom of the citizen to know about the affairs of respective sections of the society in the nation and the right of the journalist to ensure an informed society." The Jamiat Ulama-I-Hind has filed a plea in the apex court seeking directions to the Centre to stop the dissemination of "fake news" related to a religious gathering at Markaz Nizamuddin and take strict action against those responsible for it.

It has alleged that the unfortunate incident of Tablighi Jamaat was being used to "demonise" and blame the entire Muslim community and sought to restrain the media from publishing/airing such reports.

The Tablighi Jamaat congregation at Markaz Nizamuddin in central Delhi in March was accused of accelerating the spread of the novel coronavirus, with its attendees allegedly carrying the infection to different parts of the country. 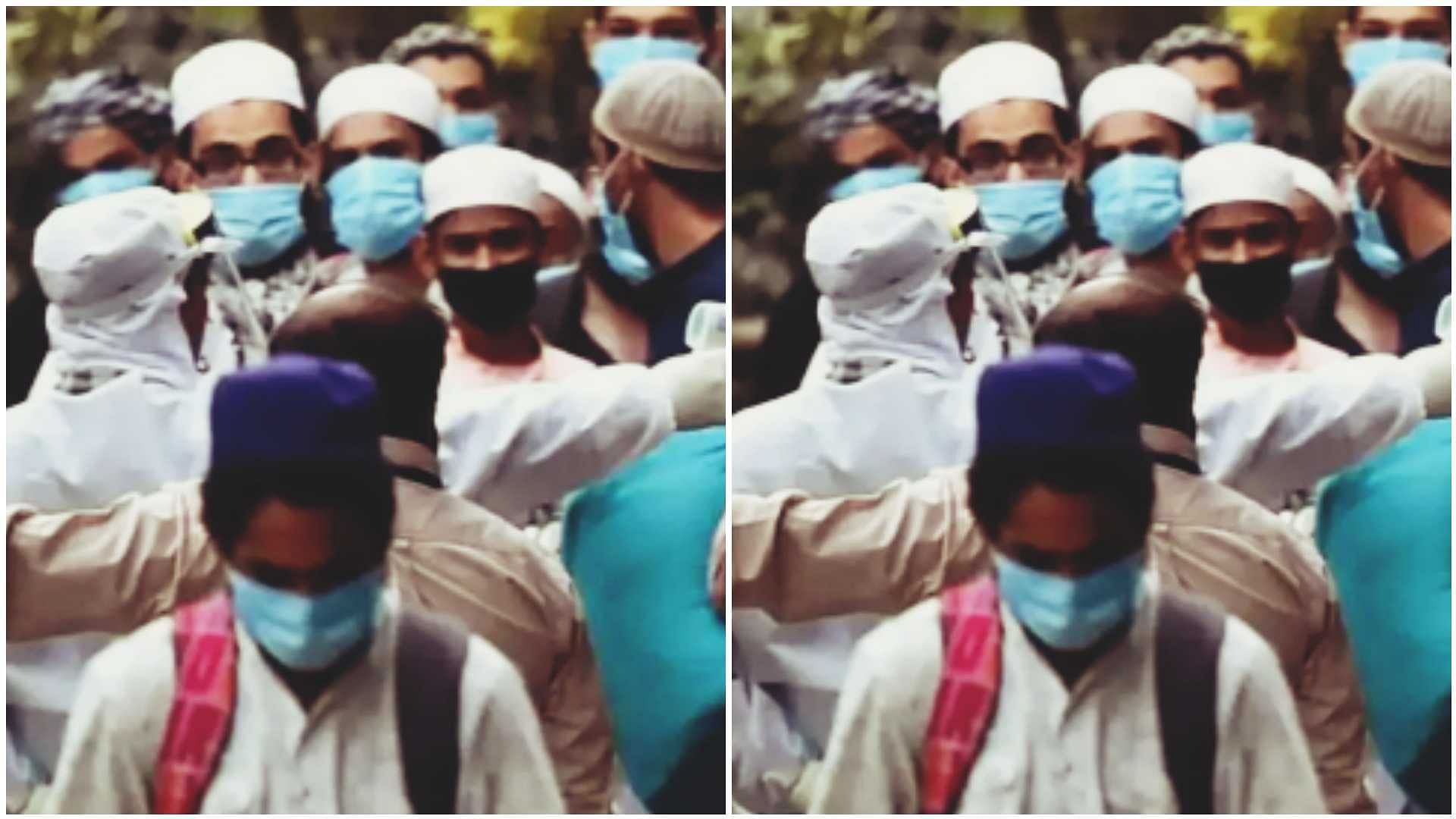