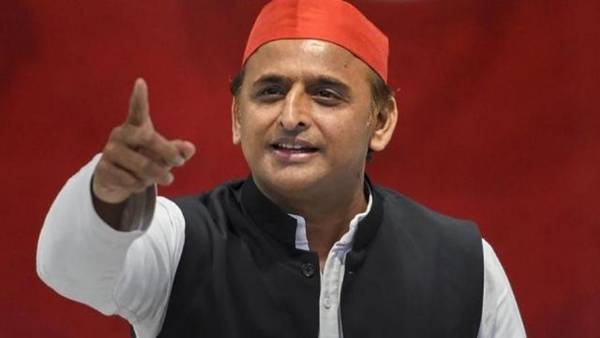 Lucknow: Polling for the sixth and penultimate phase of Lok Sabha election in Uttar Pradesh concluded on Sunday 12 May, with a little over 55 per cent polling in the 14 constituencies that saw polling today. These constituencies — Sultanpur, Pratapgarh, Phulpur, Allahabad, Ambedkar Nagar, Shrawasti, Domariyaganj, Basti, Sant Kabir Nagar, Lalganj, Azamgarh, Jaunpur, Machhlishahr and Bhadohi — are spread over the plains of eastern UP, stretching from the border with Nepal in the north to border with Madhya Pradesh in the south.

Polling was marred by stray incidents of violence, complaints about EVM malfunctioning, and allegations of intimidation by party leaders and workers. Incidents of violence were reported from Sultanpur where supporters of BSP candidate clashed with BJP workers. Clashes were also reported from Jaunpur and the police had to use mild force to disperse the trouble-makers.

Prominent leaders and their supporters were put under house arrest in Pratapgarh as a precautionary measure. Among the high-profile contestants in this round are former chief minister Akhilesh Yadav from Azamgarh, Union minister Maneka Gandhi from Sultanpur and UP minister Rita Bahuguna Joshi from Allahabad.

These constituencies are crucial for the BJP this time as in the previous election in 2014, it had won all except Azamgarh. Azamgarh is witnessing an interesting contest as the SP patriarch Mulayam Singh Yadav had won it in 2014, and now his son Akhilesh is contesting from here. Mulayam himself has shifted to Mainpuri in western UP.

Akhilesh is being challenged by a popular Bhojpuri film actor Dinesh Lal Yadav Nirhua who had been honoured with the state’’s Yash Bharti award during the SP regime headed by Akhilesh.  Members of erstwhile royal families are in the fray in Sultanpur and Pratapgarh seats.

Maneka Gandhi, who shifted to Sultanpur this year from her traditional seat Pilibhit, is challenged by Sanjay Singh, son of the erstwhile ‘raja’ of Amethi. Sultanpur also witnessed a roadshow headed by Priyanka Gandhi Vadra, a first of its kind when members of Gandhi were engaged in a campaign face-off.

In Pratapgarh, Congress leader Pramod Tiwari, Raja Bhaiyya and the latter’s supporters were put under house arrest by the district administration. Both Tiwari and Singh, however, protested against the decision saying they had never before interfered in the law and order situation. In this constituency, the Congress has repeated ‘Rajkumari’ Ratna Singh, former MP. She is the scion of the erstwhile royal family of Kalakankar in Pratapgarh.

The area is also the stronghold of Raghuraj Pratap Singh ‘Raja Bhaiya’ of the erstwhile Bhadri state. He is an Independent MLA who has been supporting the SP in the state and has also been part of successive SP governments. Raghuraj Pratap Singh formed his own party Jan Satta Dal-Loktantrik a few months ago, and has put up Akshay Pratap Singh, a former SP MP from Pratapgarh.

The fight is four-cornered as the BJP has fielded Sangam Lal Gupta, while the BSP has Ashok Kumar Tripathi as its candidate. In Allahabad, the BJP candidate is Rita Bahuguna Joshi, who was with the Congress till 2016 and at present is a BJP MLA from Lucknow Cantonment seat and a minister in the Yogi Adityanath government as well.

She is the daughter of veteran Congress leader late Hemvati Nandan Bahuguna who had a long association with Allahabad. She also faces the task of repeating the performance of BJP veteran Murli Manohar Joshi who won thrice from here. Another interesting seat is Ambedkar Nagar from where Mayawati has won the Lok Sabha elections four times (1989, 1998, 1999 and 2004.) She has also indicated that, in case of political requirement, she would choose this constituency to contest for Lok Sabha.

Going by the previous record and the caste equations in the region, the SP-BSP alliance is quite hopeful of having a good haul from this round. The Congress hopes to dent both the SP-BSP alliance and the BJP, wherever it is in a position to do so. On its part, the BJP has been depending heavily on Modi’s appeal as also on exposing the faultlines in the SP-BSP coalition.