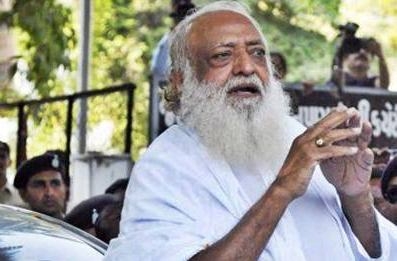 The Supreme Court on Tuesday dismissed a plea of self-styled godman and life convict, Asaram, seeking temporary suspension of his sentence to pursue medical treatment at an Ayurveda centre in Uttarakhand. Asaram Asaram, who is serving life imprisonment for raping a 16-year-old had asked for interim bail for two months for Ayurvedic treatment.

In May, the self-styled godman had also contracted coronavirus and was moved to the ICU of a hospital in Jodhpur.

Earlier, the Rajasthan High Court had earlier allowed Asaram Bapu to have food from outside the Jodhpur Central Jail once a day. The court, however, said the jail authorities will first thoroughly check food brought from outside before permitting Asaram to consume it. The court has also sought an undertaking from the self-styled godman, asking him to take the responsibility of any possible adverse impact on his health due to the consumption of privately procured food.

Foor th uninitiated, Asaram was taken into custody in August 2013 on charges of raping a teenage student at his ashram. He was subsequently lodged in Jodhpur Central Jail. The charge sheet in the case that was filed against him and the four others in November 2013 alleged blackmail in exchange for sexual favours. Following his arrest, a number of key witnesses were either attacked or went missing. The self-styled godman's personal aide was shot dead in 2014 while another associate was killed in 2014. The self-styled godman was finally convicted in April 2018 under Section 376 of the Indian Penal Code and POCSO. In April 2019, a Gujarat court convicted Narayan Sai, his son, in another rape case.