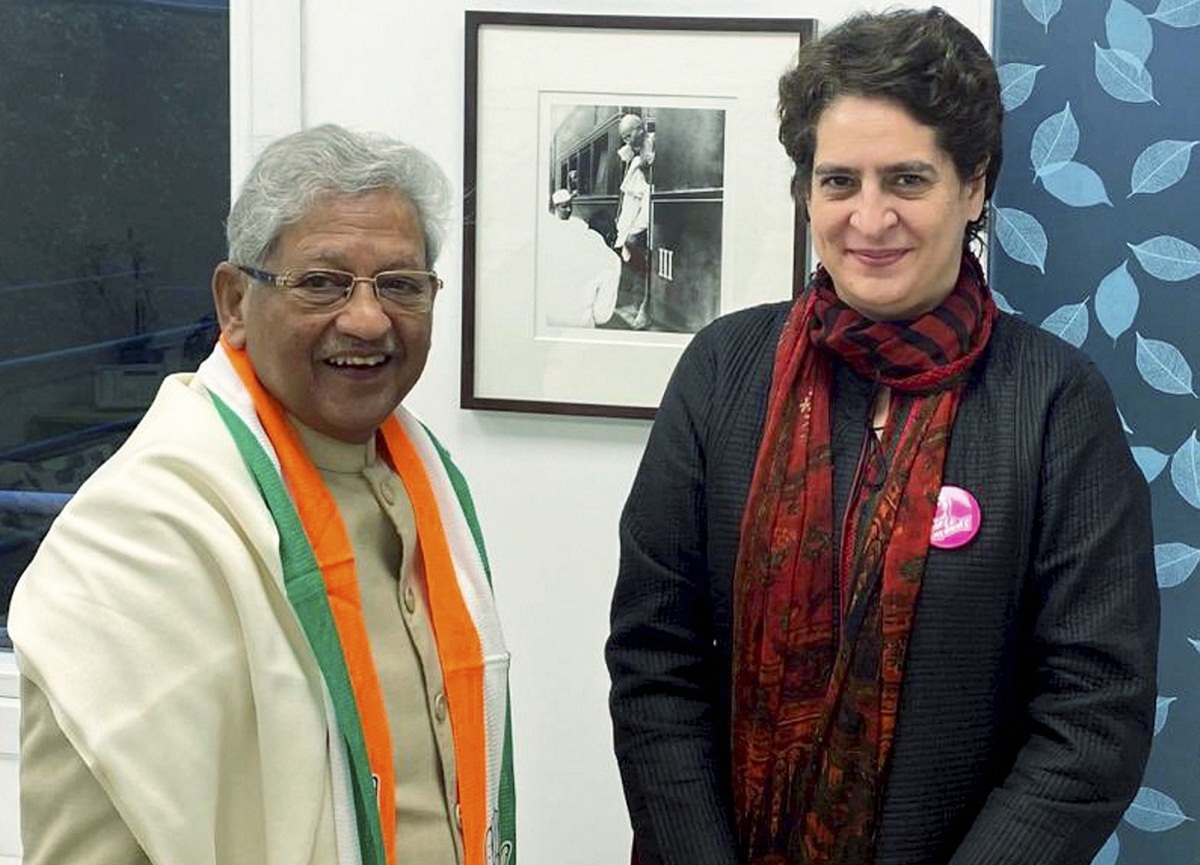 After the meeting, Priyanka tweeted the photo with Shastri and said, "What better occasion than the Congress Foundation Day to meet Sunil Shastri ji, son of a soldier of Congress and former Prime Minister Lal Bahadur Shastri, to discuss a range of issues. We will fight together and win."

Shastri has been with the BJP but his meeting indicates his inclination to join the Congress as the latter is searching for a political face in Mirzapur Assembly constitutency after the exit of Lalitesh Pati Tripathi.

In Mirzapur, the Congress had been banking on Lalitesh Pati Tripathi, the son of former Chief Minister late Kamala Pati Tripathi, who joined the Trinammol Congress ahead of the 2022 Uttar Pradesh Assembly polls.

Shastri, though out of electoral politics for long, will bring back the legacy of Lal Bahadur Shastri. Anil Shastri, who is one of the sons of the former Prime Minister, is already in the Congress party.

Priyanka Gandhi Vadra is scheduled to address a women's rally in Uttar Pradesh's Firozabad on Wednesday. The region has a strong presence of the Samajwadi Party (SP) and after holding successful rallies in Varanasi and Gorakhpur, the Uttar Pradesh Congress in-charge is taking the battle to the SP pocketborough.

Priyanka Gandhi Vadra will address the 'Ladki hun, lad sakti hun' (I am a girl and can fight) campaign, which is gaining traction among women voters and the party feels that it could be a gamechanger in the upcoming Uttar Pradesh elections.