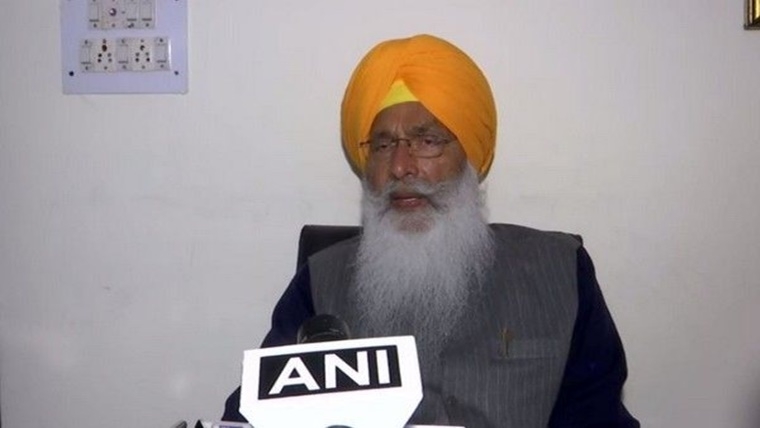 New Delhi: Shiromani Akali Dal (Democratic) Chief and rebel Rajya Sabha member Sukhdev Singh Dhindsa on Friday returned the Padma Bhushan award to "express solidarity" and "protest against the treatment" meted out to farmers protesting at the borders of Delhi against the recent farm laws.

Dhindsa, in a letter to President Ram Nath Kovind, said the people of his state and community are facing a vilification campaign and hostile attitude, which he said can further lead to the unleashing of a hate campaign against them with dangerous consequences.

"It has been causing me immense pain and anguish that first force was used against the farmers as they started their march to reach Delhi. Despite all the provocations by Haryana Police, they remained completely peaceful," Dhindsa said in the letter. FPJ Fast Facts: Farmer protests continue in Delhi; next round of talks on Dec 5

He said the farmers protesting in Delhi are not only facing the cold weather but are also being vilified, which he said is adding to the mental agony of all the Punjabis.

"What our people are facing has been haunting me. Whatever I have achieved in my life is a blessing of the people in my state and when thousands of them are suffering and have to stay on roads to impress upon the Government of India to meet their very just demands millions of others are passing through mental agony, I think the least I can do is to return the Padma Bhushan Award bestowed on me in 2019 to express solidarity with my people and to protest against the treatment being meted out to them," the letter said.

Earlier, SAD patriarch Parkash Singh Badal, former Union Minister and five-time Chief Minister of Punjab, returned the Padma Vibhushan award "in protest" against the "betrayal of the farmers by the Government of India" and for the "shocking indifference and contempt" with which the government is treating the ongoing peaceful and democratic agitation of the farmers.

This comes as thousands of farmers, mainly from Punjab and Haryana, are protesting at the borders of the national capital against three recent farm laws. Meanwhile, the farmer leaders and the Centre are engaged in talks to resolve the differences over the laws.