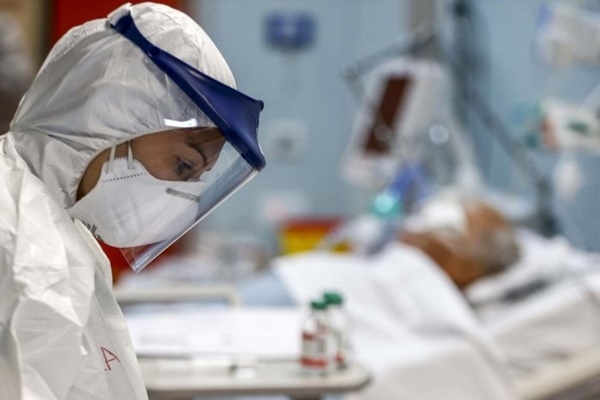 New Delhi: The latest survey of the Indian Council of Medical Research (ICMR), the governm­ent’s medical research arm, says the actual number of persons infected by the drea­d­ed coronavirus in some cities, including Delhi and Mum­bai, could be 100 to 200 times the confirmed cases. It has reached this conclusion on the basis of the country's first survey on randomly selected asymptomatic persons. The preliminary findings of the survey have validated suggestions by some public health experts that while India’s daily rising coronavirus counts rely on lab-confirmed cases, the virus is likely to have infected tens of thousands more across the country. As per the latest survey, the footprint of coronavirus is too large, as compared to the Health Ministry’s official figure of 2.67 lakh cases.

Alarmingly, this shows, for the first time, an extensive community spread that the government keeps denying.As many as 30% of those sampled were found infected in some of the cities, the public health experts said, noting that dependence only on lab-confirmed cases was a wrong way to assess the spread of the virus.A senior ICMR official declined to comment on the findings or whether these might influence testing or other coronavirus-linked policies.The survey was carried out by the ICMR in collaboration with state agencies, covering 10 most infected cities and 60 districts across the country.

The survey staff collected 3ml to 5ml venous blood samples from 400 people in each of the 60 districts and from 500 people in each of the 10 cities — Mumbai, Delhi, Calcutta, Chennai, Ahmedabad, Thane, Pune, Indore, Hyderabad and Aurangabad (Maharashtra). The analysis from Bhopal, Hyderabad and Surat is still to land, the officials said, pointing out the preliminary findings also did not contain the results from Amphon-hit West Bengal.

The survey shows that 15-30% of those sampled in some cities have unknowingly caught the infection. The experts, who shared the preliminary findings of the survey, however, declined to identify any city because the health ministry has directed them not to make the findings public.The survey looked for antibodies, or Y-shaped proteins generated by the human body in response to the infection. A positive test would mean the person had been infected by the coronavirus in recent weeks.The 15-30 per cent infection among those sampled in some Indian cities is significantly higher than the infection levels witnessed by similar studies in other countries.

"This suggests that containment has not worked at many places," a health expert said.

The survey findings imply that the number of people infected in some cities could be 100-fold or even 200-fold the numbers of the confirmed cases there, he said.

A public health specialist said the results would enable health authorities to identify the areas with the highest likelihood of having large pockets of transmission.

"The findings will help identify areas with extensive community transmission," said Oommen John, a public health expert with The George Institute for Global Health, New Delhi. "They could be used to design district-specific strategies."

The ICMR, however, tweet­ed in the afternoon that there is no need to panic over the findings of its Sero Survey, saying it is only speculative as the results are not yet finalis­ed. It denied media reports which have cited the ICMR survey as say­ing around one-third of the country’s popula­tion inside containment zones and hotsp­ots is exposed to Covid-19.