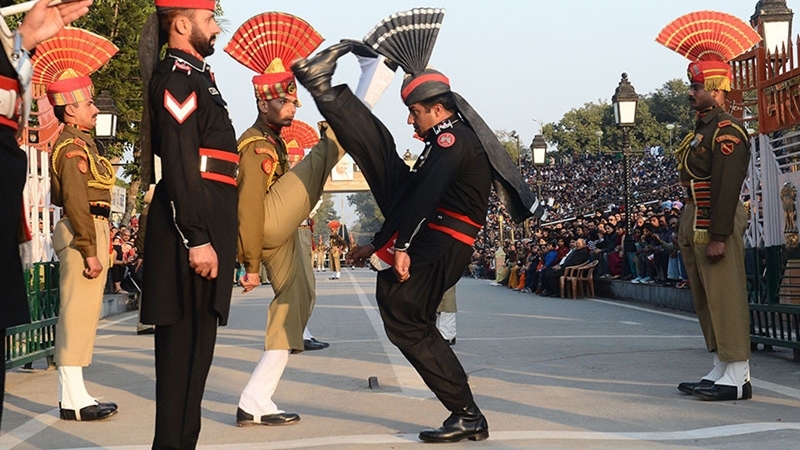 Amritsar : A stone was thrown during the otherwise low-key Retreat ceremony on Sunday evening at the Attari-Wagah joint checkpost, about 30 km from here, Border Security Force sources said. No one was injured in the incident.

Even as the stone thrown from the Pakistan side landed in the Indian territory and a section of Pakistani spectators raised anti-India and pro-Kashmir slogans, the ceremony carried out by border guards of both the countries continued.

The sources said the Border Security Force (BSF) immediately sought a flag meeting with Pakistan Rangers but there was no immediate response from them.

The Border Security Force had on Thursday suspended the ceremony following escalation in tensions between both nuclear neighbours after the Indian Army carried out surgical strikes across the Line of Control (LoC) to destroy terror launch pads.

The Punjab Police is also investigating the sighting of two balloons and a pigeon in the border areas of Pathankot district.

“Messages in Urdu were attached to the balloons and the pigeon in which India was warned on behalf of Pakistan-based terrorist organisations about terror strikes in future,” a Punjab Police officer said.–IANS