'Standing at the last point where civilians are allowed': Himachal landslide victim's tweet minutes before her death 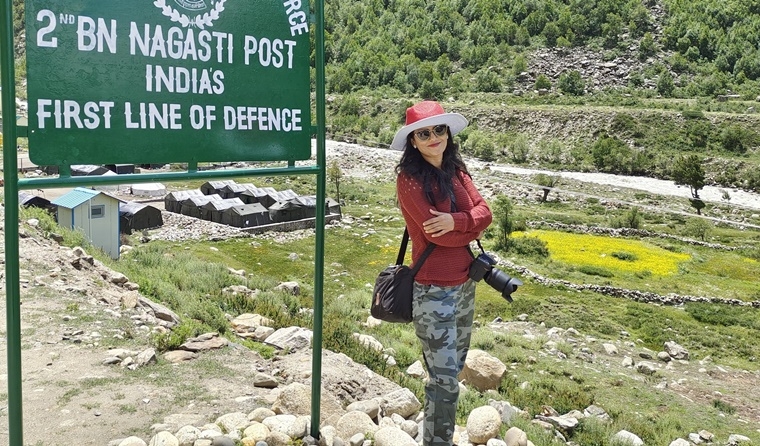 Nine tourists were killed on Sunday after boulders fell on their tempo during a landslide near Basteri in the Kinnaur district of Himachal Pradesh. A 34-year-old Ayurvedic doctor was among the nine tourists who died.

Thirty-year-old Deepa Sharma from Jaipur tweeted a photograph of herself at the Nagasti post in Himachal Pradesh. At 12.59 pm on Sunday, in her last tweet, Dr Deepa Sharma wrote, "Standing at the last point of India where civilians are allowed. Beyond this point around 80 kms ahead we have a border with Tibet whom china has occupied illegally".

At 1.25 pm the same day, multiple landslides triggered by heavy rains occurred near Basteri on Sangla-Chitkul road, resulting in a bridge collapse and damage to some vehicles. A video of the bridge collapse in Basteri has gone viral on social media. In the video, boulders could be seen rolling downhill, causing the bridge to collapse.

According to the police, nine people died and two were injured after heavy boulders fell on a tempo traveller. The passengers were going to Sangla from Chitkul.

President Ram Nath Kovind and Prime Minister Narendra Modi expressed condolences over the death of people due to the landslides in Kinnaur. PM has announced ex-gratia of Rs 2 lakh for each victim’s family and Rs 50,000 in aid for those injured.

Deepa Sharma was an Ayurveda practitioner, a clinical nutritionist and a writer, according to her Twitter bio.

According to her personal website, she loved photography, travelling and meeting new people. Her website also states that she engaged in social work to help people in collaboration with NGOs.

"I am a social-political observer, an amateur writer, love travelling, photography, meeting people, knowing their views about politics and society, discussing about women health issues, women safety and women's rights. I educate those women who are not aware of their rights and about various government schemes. I do some social works in my capacity to help people myself and with help of other NGOs," Dr Deepa Sharma personal website states.

A day before she lost her life, she had tweeted a photograph of herself in the hills with the caption, “Life is nothing without mother nature.”

Filmmaker Vivek Ranjan Agnihotri expressed grief after learning that one of his acquaintances, Deepa Sharma, lost her life in a landslide in Himachal Pradesh's Kinnaur. Taking to Twitter, Vivek expressed his condolences over the death of Deepa.

"OMG. Can't believe that Deepa is no more. I have been told that she died in a landslide today. Till 8hrs ago she was sending photos from Himalayas. Such a lively, aware person. Have no words. May God give her family strength. Prayers," he tweeted, adding a few pictures of him sharing smiles with Deepa.

Actress Kangana Ranaut mourned the demise of her fan who passed away in the Himachal Pradesh landslide. Kangana took to her Instagram stories and penned a note for her fan, Dr. Deepa Sharma. "Such a great fan, she sent me lovely letters and showered me with gifts and also visited my house in Manali... Oh!!! Seems like a big jolt...This is beyond tragic.... Oh God!!!", Kangana said.

At least nine people died while three were injured in Kinnaur on Sunday afternoon after a bridge collapsed as a result of boulders rolling down a hill due to a landslide. Apart from Dr Deepa Sharma, the other eight people who died in Himachal Pradesh's landslide on Sunday were: Maya Devi Biyani (55), her son Anurag Biyani (31) and daughter Richa Biyani (25) of Rajasthan, Pratiksha Sunil Patil (27) of Maharashtra, Amogh Bapat (27), Satish Katakbar (34) of Chhattisgarh, driver Umrab Singh (42) of West Bengal and Kumar Ulhas Vedpathak (37).