Kolkata: Sporadic incidents of violence were seen soon after the fifth phase of polling for the West Bengal Assembly elections commenced on Saturday. The TMC and the BJP continue to spar, with accusations and even stones being hurled.

A woman was seen being beaten up by alleged TMC supporters at Shantinagar in Salt lake area. According to the woman, the TMC supporters were not allowing the BJP supporters to cast their votes.

“Since last night the TMC supporters were threatening us and are saying that if we go out to vote then we will have to face dire consequences after May 2. Then while protesting they abused and assaulted me,” she said.

Soon after the incident Shantinagar turned into a battlefield, with supporters of both parties pelting stones at each other. Neither the police nor the central forces were seen at the spot.

Soon after the incident Salt Lake’s BJP candidate Sabyasachi Dutta visited the spot and alleged that the state police are purposely allowing the TMC goons to create violence in the area. TMC candidate Sujit Bose has also cried foul against Sabyasachi, stating the BJP candidate’s supporters are creating tension.

Post this violence voters of Saltlake’s Shantinagar area under North 24 parganas, refused to cast their votes. However, police were seen building confidence and urged everyone to vote fearlessly.

Meanwhile, in Shantipur women were seen agitating in front of CISF personnel as according to them the central forces were allegedly intimidating the voters during the polls.

Notably, an individual candidate at Chakdaha was seen carrying firearms in presence of both state police and central forces, however the candidate later surrendered the gun.

At Kalyani bombs were hurled at BJP mandal president’s house at the wee hours on Saturday. Following the incident the BJP cadre along with his family members didn’t go out to vote fearing more violence. 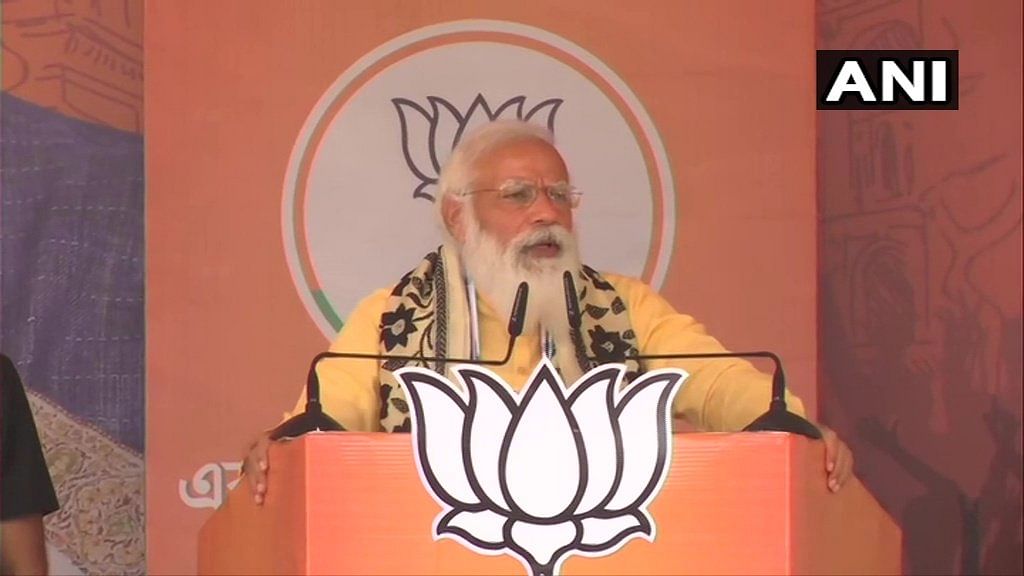