Sonia Gandhi should have been Prime Minister when UPA came to power, says Ramdas Athawale 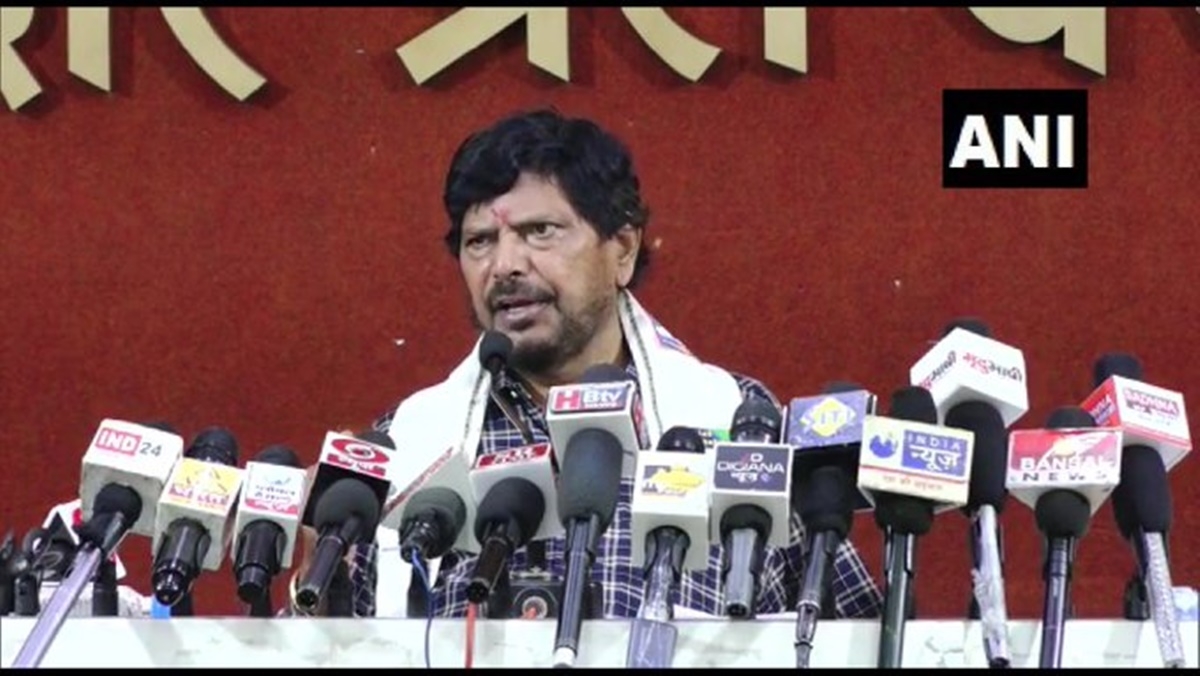 Union Minister Ramdas Athawale on Saturday said if Indian-origin Kamala Harris can become vice president of the US then Congress Chief Sonia Gandhi could also have become Prime Minister of India after the 2004 elections.

He also said if Sonia Gandhi was not willing to accept the PM's post at that time then she should have made veteran leader and NCP chief Sharad Pawar the PM instead of Manmohan Singh.

"When the United Progressive Alliance (UPA) got a majority in the 2004 elections, I had proposed that Sonia Gandhi should become Prime Minister. I was of the view that her foreign origin issue had no meaning," Athawale told reporters.

"Sonia Gandhi should have been the PM when UPA came to power. If Kamala Harris can become US Vice President why can't Sonia Gandhi become PM, who is an Indian citizen, wife of former PM Rajiv Gandhi and member of Lok Sabha," he said.

Describing Pawar as a public leader and a deserving candidate for the PM's post, the RPI (A) chief said, "He (Pawar) should have been made PM in place of Manmohan Singh but Sonia Gandhi did not do so".

Athawale also said had Pawar become the country's PM in 2004, the Congress' position would have been strengthened and that party could have been saved from its present precarious condition. Pawar was expelled from Congress for raising the issue of Sonia Gandhi's foreign origin in 1999. He later formed the NCP.

Manmohan Singh had served as prime minister from 2004 to 2014. He was succeeded by Narendra Modi after the BJP came to power with a resounding majority. Athawale also appealed to Amarinder Singh, who stepped down recently as Punjab chief minister owing to a power tussle in the state party unit, to join the BJP or the National Democratic Alliance (NDA) in view of "humiliation" meted out to him by Congress. "If Singh joins the BJP, the party's position will be strengthened in the upcoming Assembly elections in Punjab," he said.