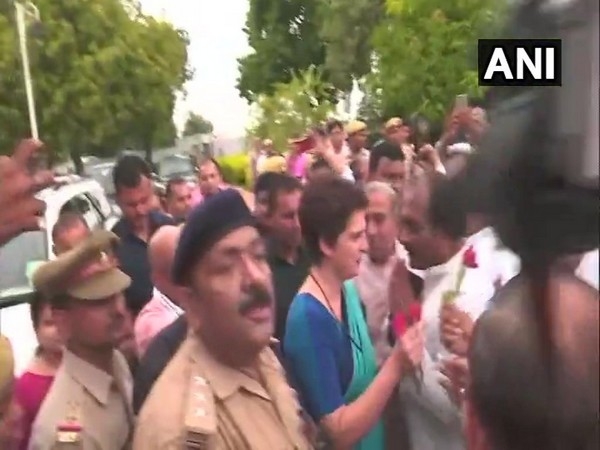 Varanasi: Congress leader Priyanka Gandhi Vadra will visit Umbha village in Sonbhadra on Tuesday to meet the families of those who were killed in the firing incident last month. Vadra arrived in Varanasi earlier today and was greeted by several party leaders and supporters.

On July 17, ten people including women were killed, while over 20 sustained injuries when a village headman and his associates allegedly opened fire at a group of people over a land dispute at Ubbha village in Ghorawal area in Sonbhadra district.

The incident took place when the village headman went to take possession of his land purchased two years ago.

Soon after the incident, Priyanka, who is Congress' General Secretary for Uttar Pradesh East, was not allowed by the local administration to visit the site where the violence took place and meet the tribal victim's families in Sonbhadra.

She later met the family members at Chunur guesthouse in neighbouring Mirzapur, where she was detained. A high voltage political drama had erupted over the incident, with Congress accusing the Yogi Adityanath government of patronising perpetrators of the heinous crime.

A delegation of Congress leaders had earlier handed over compensation cheques to the families of the victims.