The family of Sonali Phogat had met Khattar on August 27, after which the Chief Minister had assured of a CBI probe into the case.

Deceased BJP leader Sonali Phogat's daughter Yashodhara Phogat on Tuesday demanded a Central Bureau of Investigation (CBI) probe into the alleged murder of her mother while also stating that the family is not satisfied with the probe conducted by the Goa Police.

She said that Haryana Chief Minister Manohar Lal Khattar had assured of a CBI investigation into the case.

The family of Sonali Phogat had met Khattar on August 27, after which the Chief Minister had assured of a CBI probe into the case. However, according to the deceased BJP leader's daughter, "no action has been taken as of yet".

Speaking to ANI, Yashodhara said, "I demand a CBI probe as I'm not satisfied with the current probe. No action is being taken. The accused have been kept in Goa, they have yet not revealed their motive (behind the murder), so what are the police doing? It's about justice for my mother, we won't stand back until there is a CBI investigation. CM (of Haryana) said that CBI probe will happen but no action has been taken as of yet." She claimed that the murder of her mother "was planned".

"My mother had told me that there would be shooting for nearly one week in Goa. But it comes to the fore that the resort was booked only for two days. It suggests that it was a planned murder," she said.

Sonali Phogat's aunt, Manoj Phogat said that the family had no information about the arrival of the Goa Police to Haryana for investigation, and had only come to know about it through the media.

"We do not know officially when the Goa Police will come. We are getting information about their arrival from the media. Officially, it is the local police who inform us about the arrival, but we have not been informed yet. The local police should have come earlier," she said.

Meanwhile, in a response to the alleged murder of Sonali Phogat, Goa Chief Minister Pramod Sawant on Monday said that a confidential report had been sent to Manohar Lal Khattar, the chief minister of Haryana and the charge sheet would be filed soon. The team will be investigating property and accounts related to Sonali.

"We've sent the confidential report to Haryana CM. I am satisfied with the investigation done by our police team. Five people have been arrested. Soon charge sheet will be filed," Goa CM said.

On sealing Curlies Beach Shack in Anjuna, where Sonali Phogat partied hours before her death on August 23, the Chief Minister said, "We have been given instructions to seal it. So as per DGP's instructions, it has been sealed." Earlier on Monday, Sawant said that if the need arises, the Sonali Phogat case will be transferred to the Central Bureau of Investigation (CBI).

Sonali Phogat, 42, was declared dead at the St Anthony Hospital at Anjuna in North Goa on August 23. A post-mortem report revealed blunt force injury on her body, following which the Goa Police registered a murder case.

Earlier, Goa Police had said that Sonali Phogat was forcibly drugged by her two associates who are now arrested after being named as accused in the case.

The two accused- Sudhir Sangwan and Sukhwinder Singh - have been arrested and further investigations are on, the Goa Police said.

The Police said that the investigation revealed that the drugs were supplied by a person named Dattaprasad Gaonkar who was working as a room boy in Hotel Grand Leoney Resort in Anjuna where the accused persons and the deceased were staying. 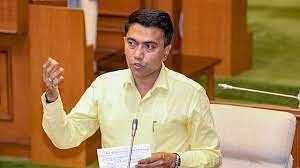