Some people always see religion in danger whenever elections are around, says Farooq Abdullah 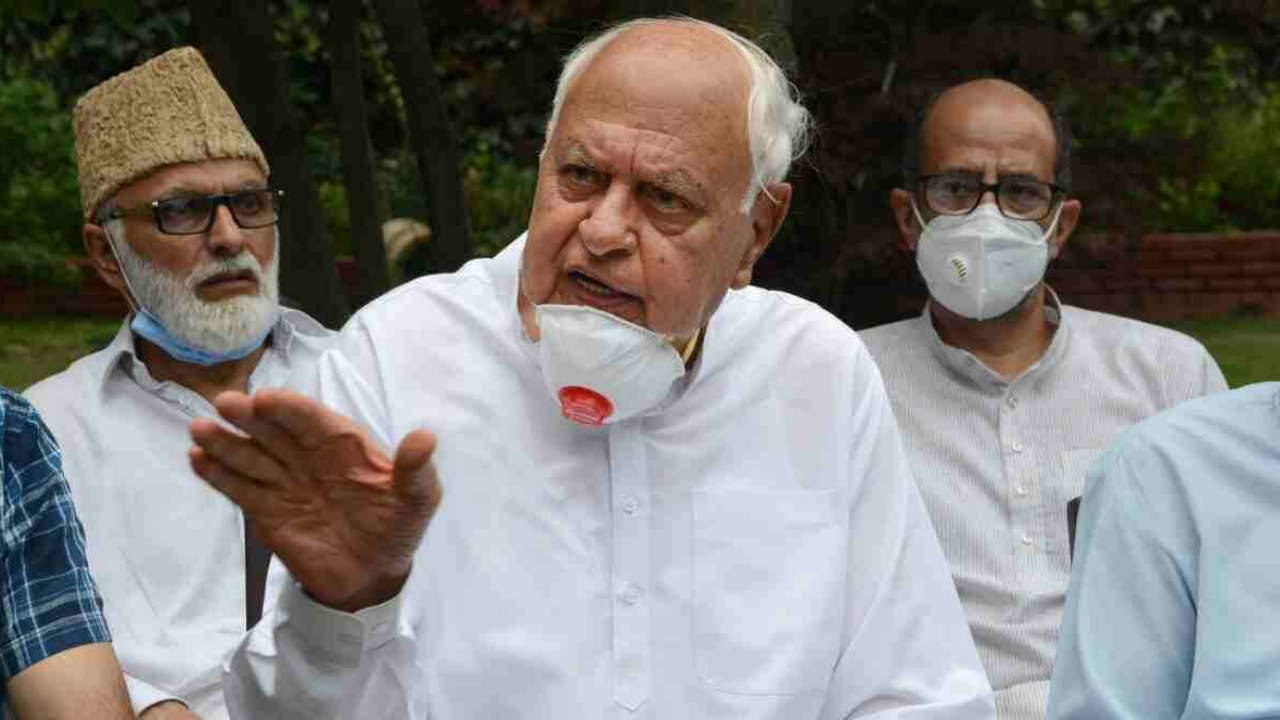 Jammu: Jammu and Kashmir National Conference (NC) president Farooq Abdullah on Thursday decried the use of religion for political objectives, saying Lord Rama or Almighty Allah can never be in danger, but politicians may be.

Without naming anyone, Abdullah said some people always see religion in danger whenever elections are round the corner.

"Lord Rama or Almighty Allah can never be in danger, the politicians may be," Abdullah said, addressing a day-long convention of the JKNC at the Sher-i-Kashmir Bhavan here.

Expressing anguish over discrimination against the Scheduled Castes in the country, the NC leader said, "Though a change has taken place due to reservation, as a result of which the community can take pride in producing good doctors and engineers, but the backwardness and economic deprivation is still continuing."

He exhorted the community to unite and take sagacious decisions during the elections so that their elected representatives can bring about a desired transformation in their socio-economic and political emancipation.

Abdullah said the National Conference has always espoused the cause of the community and ensured their participation in decision-making.

The former chief minister regretted that the condition of the Scheduled Castes has not improved despite the nation getting independence nearly 75 years ago.

"I urge the SC community to unite under the banner of the National Conference to ensure their overall growth and progress," he said.

Elections are going to be held, and it is only a matter of time, Abdullah added. Referring to growing unemployment among the educated, he said that he had taken up the issue of engaging the local skilled and unskilled workforce in various projects during the visit of the Union Minister Nitin Gadkari to Srinagar.

Poor people of this state also deserve sustenance which is being denied to them. People from other states are being brought to deprive the locals of their due, the NC chief alleged.

He also highlighted the role of women in bringing about transformation and harmony in the society and urged them to come forward and contribute towards this objective.