Advertisement
Home / India / Social distancing rebel, actor, wannabe politician - who is Nikhil Kumaraswamy who had to get married during lockdown?

Social distancing rebel, actor, wannabe politician - who is Nikhil Kumaraswamy who had to get married during lockdown?

On Friday, there was outrage on mainstream and social media after Nikhil Kumaraswamy, the son of former Karnataka Chief Minister HD Kumaraswamy, got married in a ‘small, but intimate’ ceremony on the outskirts of Bengaluru.

The rage was justified. With coronavirus infecting over 13,000 people over the country, and metro cities like Bengaluru being called COVID-19 hotspots, it was natural to follow lockdown rules. But the Kumaraswamy family had other ideas and decided to go ahead with the wedding.

While Nikhil has spent most of his time as an actor, he also is known for his roles in Kannada movies. However, given his political debut ended in quite a disaster, he may want to continue as an actor. During the 2019 General Elections, Nikhil, who contested on a JD(S) ticket lost from Mandya by over 1.25 lakh votes. This is despite the fact that Mandya was a Congress-JD(S) stronghold. But then, having said that, so was Amethi and we know what happened there. 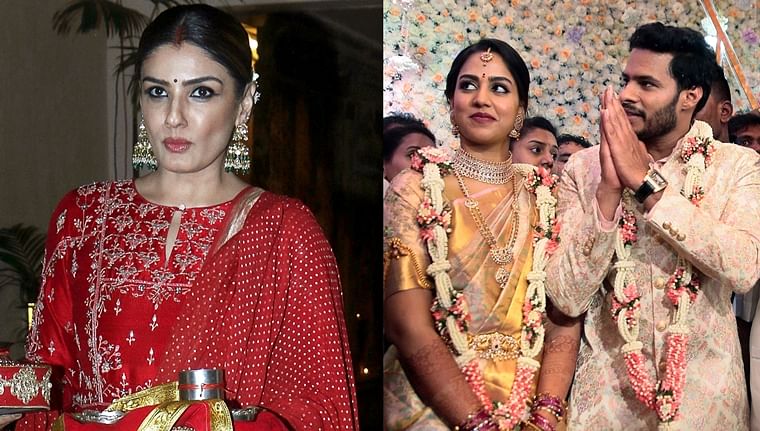 'Wonder what was served in the buffet': Raveena Tandon slams 'VIP entitlement' of Kumaraswamy's son...

Following the loss, Nikhil had an alleged heated argument with his grandfather, former Prime Minister HD Deve Gowda. An article was written regarding the same, with the intention of damaging the reputation of the young politician. An FIR was then filed against the magazine editor Vishweshwar Bhat. Nikhil, however, began his career as an actor with his first movie Jaguar in 2016. He has a movie scheduled to release later this year, but that will depend on when the lockdown ends.

Earlier today, he tied the knot with Revathi, the grand-niece of former Congress Minister for Housing M Krishnappa, today in Bengaluru. Kumaraswami had even said that not more than 50 people would attend the wedding, but it appears that there are more than 50 given the population density in those images that have been shared on social media. 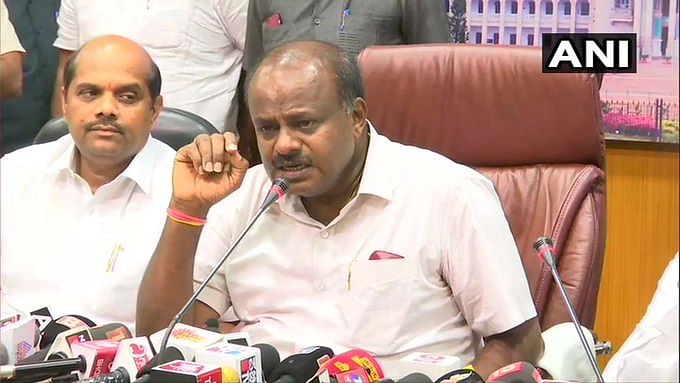 According to reports, the venue can accommodate over 500 people. Kumaraswamy, a great believer in astrology, did not want to postpone the wedding because the stars would not align.