The Union health ministry on Tuesday announced that Novavax Covid-19 vaccine will be produced in India, hopefully in a very large quantity. Preparatory work has already been done by the Serum Institute of India as it is in collaboration with the original company. Bridging trials too are in advanced stages of completion. Efficacy and positive results of this study augur well for the country.

“We hope they will complete the trial as scheduled and start trials on children. As we have safety data for adults, it is time we start bridging trials on children, a population of special interest to us,’’ said NITI Aayog member VK Paul.

He said the results of the Novavax vaccine were promising. “What we’re learning from the data available in the public domain is the vaccine is safe and highly effective. It will be produced in India. Clinical trials are being conducted and are in the advanced stage of completion,” Paul said, adding, there will be some gap in production of Novavax vaccine for a while. “I am hoping the US company Novavax would start trials on children too,” he said.

Further, the company said the two-shot vaccine was about 90% effective overall, and preliminary data showed it was safe. Novavax has an agreement with Covax to deliver up to 1.1 billion doses of its vaccine to emerging economies, along with agreements to produce doses in Korea, Japan, Canada and many other nations. 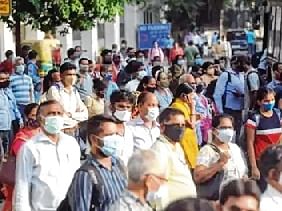 Maharashtra recorded the highest 1592 deaths, including the fatalities that were not counted in the past few days, while Tamil Nadu recorded 254 deaths, followed by Kerala 161 and Karntaka 120. Delhi reported 16 deaths in 24 hours.

Delta Plus variant of interest, not ‘variant of concern’

The new Delta Plus mutation of coronavirus is “a variant of interest”, not “a variant of concern”, the government said on Tuesday. “Delta variant played a major role in the second wave. An additional mutation of this variant, known as Delta Plus, has been detected and submitted to the global data system. It has been seen in Europe since March and was brought into the public domain 2 days ago on June 13,” NITI Aayog’s Member Health, Dr VK Paul, said Health Ministry.