Sidhu had boiled veggies, I had missi roti; Does this look like a banquet to the Akalis? Amarinder Singh

Amarinder Singh hoped that he and Sidhu would continue to have cordial meetings.
IANS 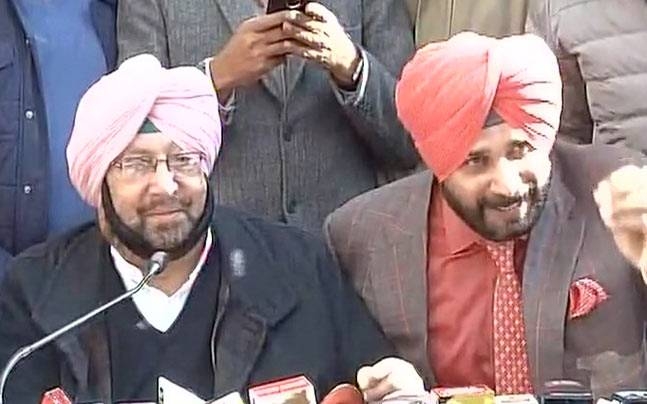 Chandigarh: A day after meeting his former Cabinet colleague Navjot Sidhu over luncheon after over a year of 'political differences', Punjab Chief Minister Amarinder Singh on Thursday said his former colleague had boiled vegetables and he himself partook a lunch.

Taking a dig at the Shiromani Akali Dal(SAD) over its remark on him hosting a banquet for Sidhu, the Chief Minister said while his former cabinet colleague had boiled vegetables, he himself partook a 'missi roti with dahi' during the lunch.

"Does that look like a banquet to the Akalis?" he remarked.

Amarinder Singh hoped that he and Sidhu would continue to have cordial meetings like the one they had yesterday, where they spoke a lot about cricket, apart from a host of other things.

Both were in a good mood during the one-hour luncheon meeting, to which he had invited Sidhu after the latter expressed interest in meeting him, said Amarinder Singh.

"I was satisfied and happy with the meeting, and so was Sidhu," he added.

Quashing media speculation of serious discussions between the two, the Chief Minister quipped contrary to what was being suggested, "We did not make any plans for Punjab or India or the world".

"We just had some simple talks, during which Sidhu shared a lot of his cricketing experiences," said Amarinder Singh, adding unfortunately the media was making a mountain out of a molehill.

The two leaders had not been seeing eye to eye for quite some time and the meeting was seen in political circles as a bid to bury the hatchet.

Sidhu had been lying low ever since his resignation from the state Cabinet in July last year.