Shocking! Mother along with 5 daughters jump to death in front of moving train in Chhattisgarh

According to the local police, the lady and her daughters were residents of Bemcha village, of Mahasamund district.
AVDHESH MALLICK 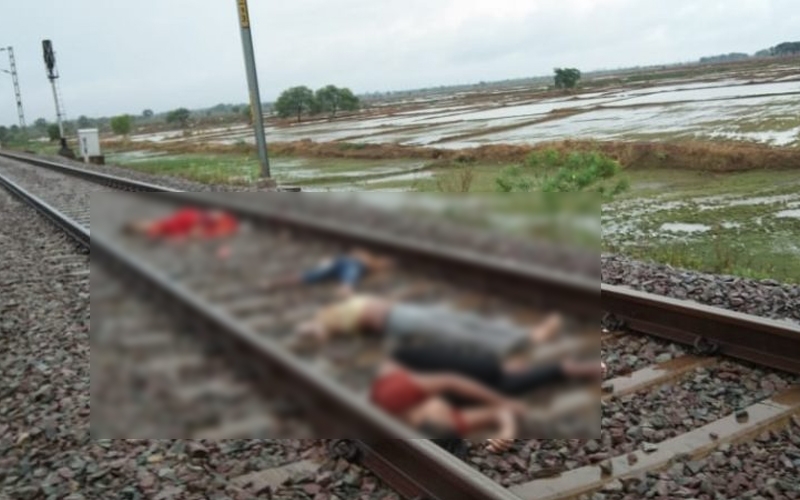 Raipur: Woman frustrated because of husband's alcohol addiction, jumped to death in front of a speeding train along with her five daughters in Chhattisgarh's Mahasamund district.

The incident took place on the intervening night of Wednesday and Thursday near a railway crossing between Mahasamund and Belsonda, around 55 km from the state capital, the police officials said.

Bodies of a middle-aged woman and her five daughters were found lying strewn fifty meters on the railway tracks, close to Imlibhata Naharpara of Mahasamund district in Chhattisgarh, the

However, corpses were cleared from the tracks on Thursday morning only when the police and railway protection force team reached the spot after receiving information about the incident.

Meanwhile, it was still unknown by which train the woman and her daughters were mowed down, the official said.

According to the local police, the lady and her daughters were residents of Bemcha village, of Mahasamund district. On Wednesday evening, a family dispute erupted over the drinking addiction of her husband Kejruram. The woman left her house along with her five daughters, and might have jumped in front of a running train the same night, said a police officer from Kotwali police station.

Chief Minister Bhupesh Baghel on Thursday expressed his condolence over the incident. "May God give peace to the departed souls. The district administration and the police administration have been directed to investigate the entire incident and ensure necessary action", he tweeted.

Chhattisgarh: Man sent to jail for raping daughter in Raipur