The 67-year-old Japanese leader died after being shot while giving a campaign speech in the city of Nara on Friday morning, triggering shock and grief by leaders across the world.

"For more than two decades, Shinzo Abe has symbolized our growing relationship. Many of its key initiatives were his personal efforts. He placed our ties in a larger global context of the free and open Indo-Pacific," Jaishankar said.

Further expressing condolences to the former PM's wife Mrs Akie Abe, Jaishankar said, "We join in the profound sorrow of the people of Japan and convey our support and sympathy to Mrs Akie Abe."

Taking to Twitter, Suzuki appreciated the visit of Jaishankar and said, "Sincerely appreciate Jaishankar for visiting me to express his condolences for former Japanese Prime Minister Abe. While mourning together this shocking tragedy, we will continue his legacy to further enhance our bilateral relations."

Notably, India on Friday announced a day of mourning as a mark of respect to its “great friend” ex-Japanese premier Shinzo Abe, whom President Ram Nath Kovind and Prime Minister Narendra Modi described as a statesman and an outstanding leader.

Meanwhile, Prime Minister Narendra Modi, US President Joe Biden and Australian PM Anthony Albanese came out with a joint statement on Saturday mourning the death of Japanese leader Shinzo Abe and recalling his contribution to the formation of the Quad and efforts towards a free and open Indo-Pacific.

The leaders of the Quadrilateral coalition or Quad vowed to “redouble” their work to ensure a peaceful and prosperous Indo-Pacific to “honour” Abe’s memory and described him as a “transformative leader” for Japan and its relations with each of the three countries.

The Quad comprises India, the US, Japan and Australia.

The 67-year-old Japanese leader died after being shot while giving a campaign speech in the city of Nara on Friday morning, triggering shock and grief by leaders across the world. 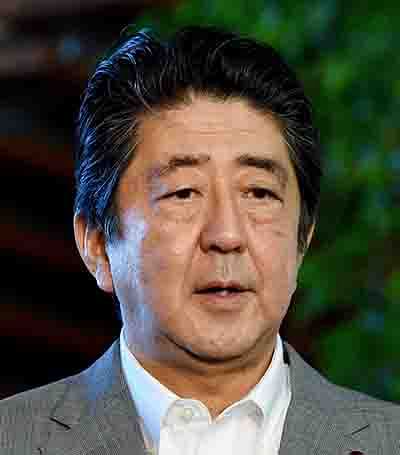