HomeIndiaShabbir Shah generated huge proceeds of crime from various countries including Pakistan to fuel unrest in J&K: ED to Court

Shabbir Shah generated huge proceeds of crime from various countries including Pakistan to fuel unrest in J&K: ED to Court

New Delhi: The Enforcement Directorate on Tuesday opposed the bail petition of Kashmiri separatist leader Shabbir Shah and said that the present case discloses the commission of a serious crime where the accused is involved in the "generation of huge proceeds of crime from various countries including Pakistan to create unrest in Kashmir". In its reply filed in response to the bail petition of Shabbir Shah in a Delhi court, the ED stated that "Shabbir Shah was also involved in terror financing activities as terrorists need money to sustain themselves and to carry out terrorist acts.

Money-laundering is the method by which criminals disguise the illegal origins of their wealth and protect their asset bases, so as to avoid the suspicion of law enforcement agencies and prevent leaving a trail of incriminating evidence." Hearing in the matter on Tuesday adjourned for June 29 by Additional Sessions Judge Dharmendra Rana as the concerned lawyer for Shah did not appear for the arguments in the matter due to personal difficulty.

According to the ED reply, accused Shabir Ahmad Shah was in regular touch with Hafiz Sayeed Chief of Band Terrorist Outfit Jamat-Ud-Dawa (JuD), based in Pakistan. Jamat-Ud-Dawa is a banned Organization under UNSC resolution number 1267 which organises and supports cross-border terrorism. Shabir Ahmad Shah was also in touch with one Mohd. Shafi Shayar, who belongs to Kashmir and had escaped to Pakistan along with his family after his release from Central Jail Jammu.

"There are serious allegations against the applicant and further investigation in the matter is going on and the properties are being identified. The money trail is trying to be established. Further investigation in relation to the origin is being carried out. Call records leading to Pakistan are being scrutinised including mails and the donors who have paid the money to the applicant are to be identified and examined. If the applicant accused is released on bail at this juncture the entire efforts of the respondents to unearth the large conspiracy would be a futile exercise," said the ED. Shabbir Shah recently had moved the bail application for grant of bail invoking the provisions of sec 436A of the Code of Criminal Procedure on the ground that he has undergone half of the sentence prescribed for the offence of Money Laundering under section 4 of PMLA. Aslam Wani, co-accused in the matter is already granted bail in the matter and Shah is also suffering from various health issues, stated in the bail petition.Earlier, Shah had mentioned in a bail application that he is a chairman of the Democratic Freedom Party and allegations levelled against him are "motivated and based on falsehood".

The first case was registered against him in 2007 for the alleged money laundering committed in 2005 for the purpose of terror financing. He was arrested by Enforcement Directorate (ED) on July 25, 2017, in connection with the 2005 case. In another case, the NIA took Shah in custody in June 2019 in connection with its probe into a separate terror funding case involving Jama'at-ud-Da'wah (JuD) chief Hafiz Saeed, the alleged mastermind of the 2008 Mumbai terror attack.

Several separatist leaders including Shah, Masrat Alam, and Asiya Andrabi are in judicial custody in connection with the case which involves the 26/11 Mumbai terror attack mastermind Hafiz Saeed. 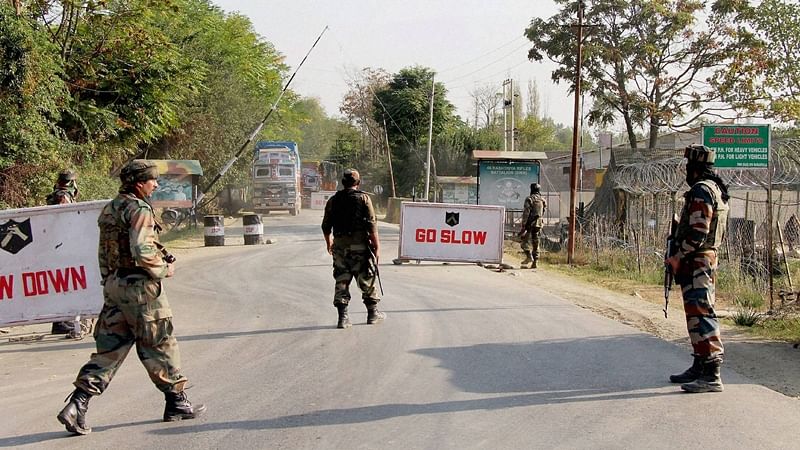