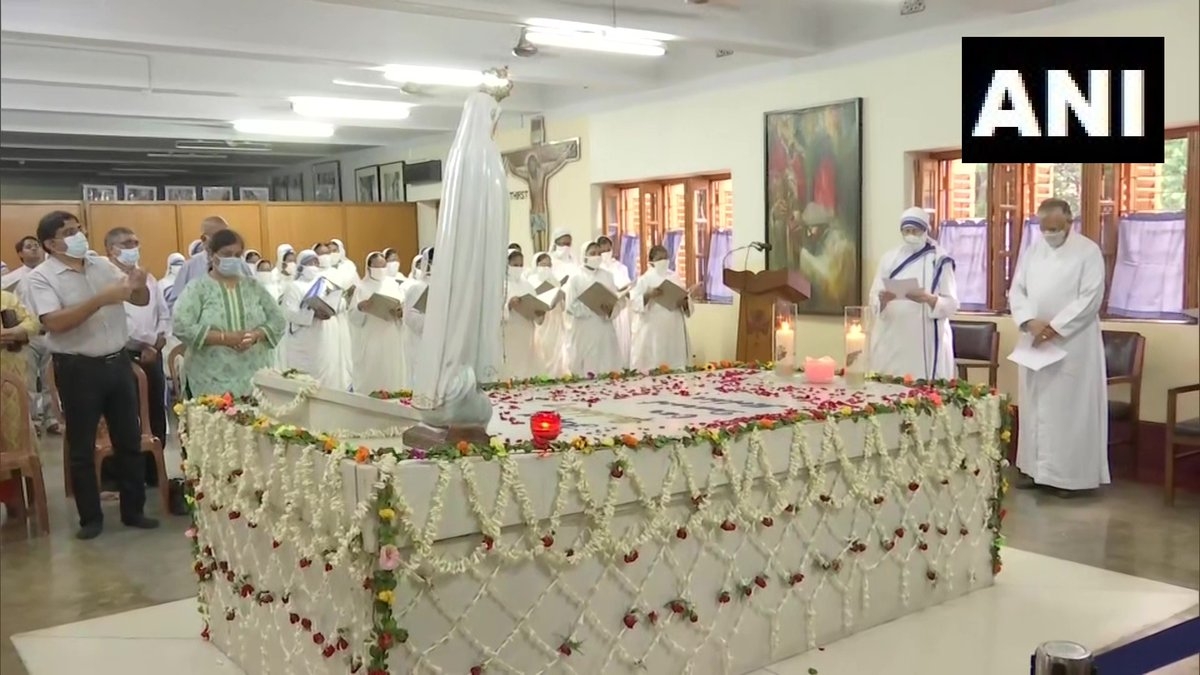 Missionaries of Charity, a congregation in Kolkata offer prayers in memory of its founder Mother Teresa | ANI

Missionaries of Charity, a congregation in Kolkata offered prayers in memory of its founder Mother Teresa on her 111th birth anniversary on Thursday.

Sisters belonging to the Mother's House sang hymns and prayers in remembrance of Teresa near her tomb. 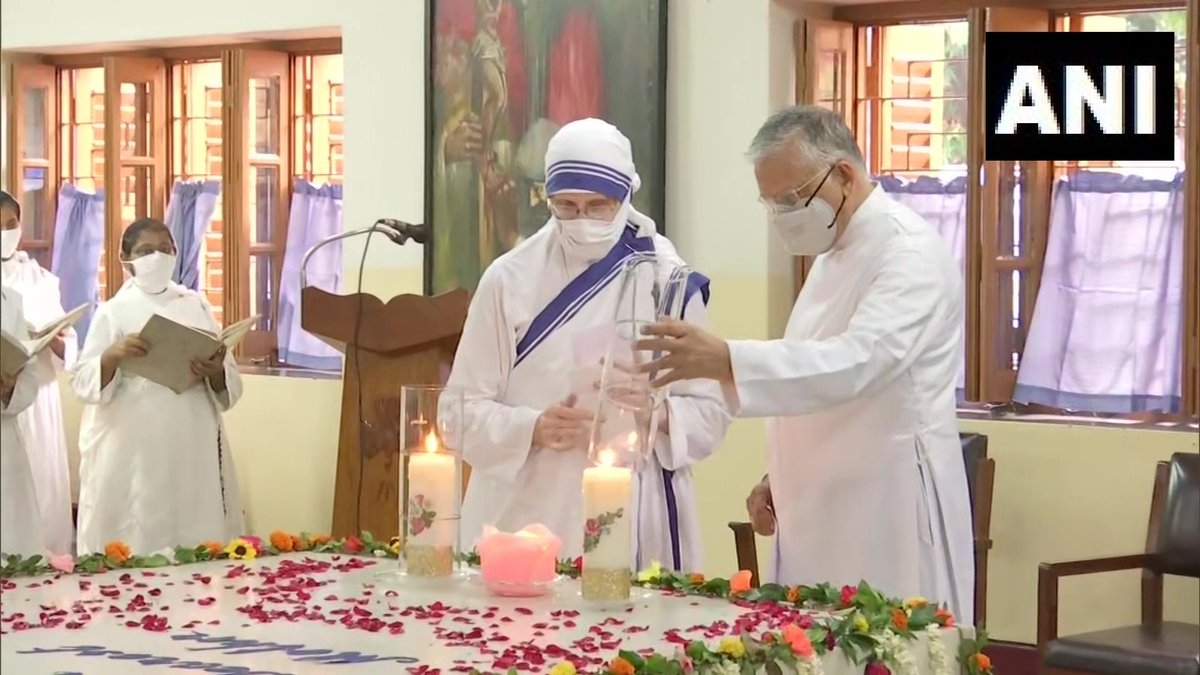 On the occasion, sisters and bishops remembered Mother Teresa and her teachings | ANI

On the occasion, sisters and bishops remembered Mother Teresa and her teachings.

"Mother is not among us, but she is in heaven praying for us all, looking after us all. The world is hungry for love and peace. There is no love and justice, there is so much fighting and wars. Mother showed love to all. If everyone shows the same love to one another, the world will be a peaceful place. I pray on this occasion that everyone lives together with this feeling of love. Mother gave us this message which she received from Jesus Christ and we all must live following it," said Bishop Alex Dias from Goa. 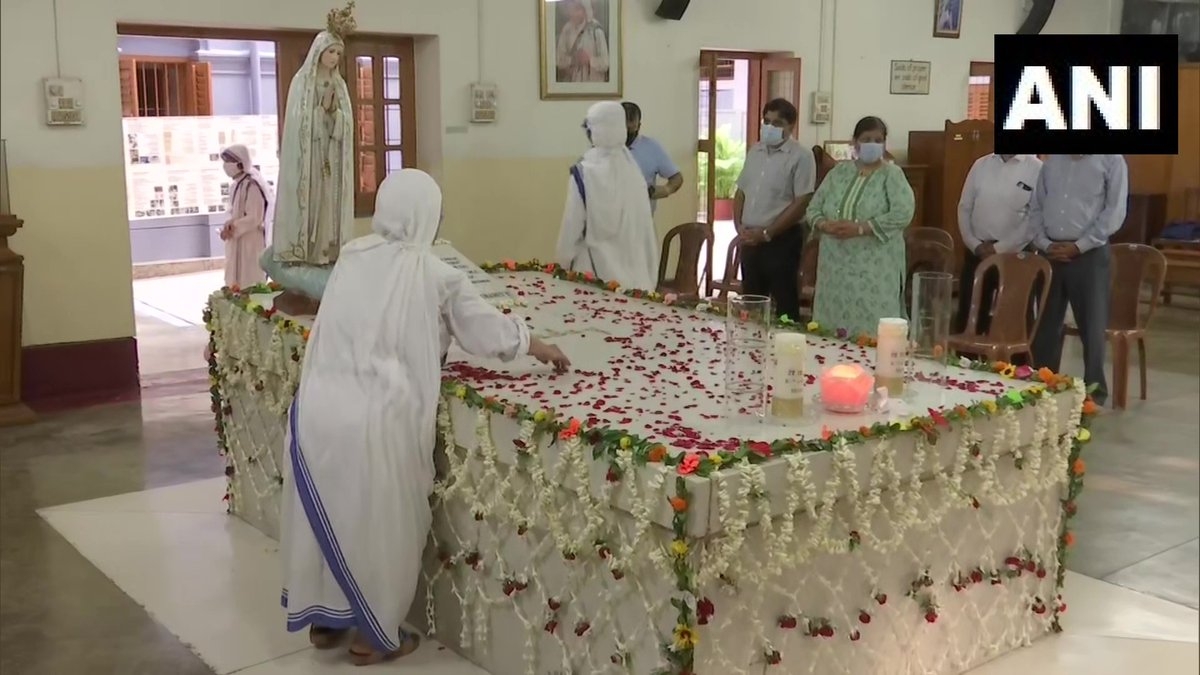 A sister said, "Today is the birthday of our mother and we are happy to receive people inside the house and celebrate the occasion with them. Mother is still pretty much among us, concerned for us, especially the ones who are suffering. She is still here to bring joy, trust and confidence to their lives." "It is good to be here during these times of Covid. I have been a devotee of Teresa since she was alive. I always knew that she was a saint. It is a blessing to be here, I share my birthday with her. I have been coming here for the last 25 years and I have got a picture with her," said Dollaroza Perera, a devotee.

Born in a family of ethnic Albanians in Skopje in 1910, Teresa left her home at the age of 18 and later joined the 'Sisters of Loreto' located in Irelands's Rathfarnham. 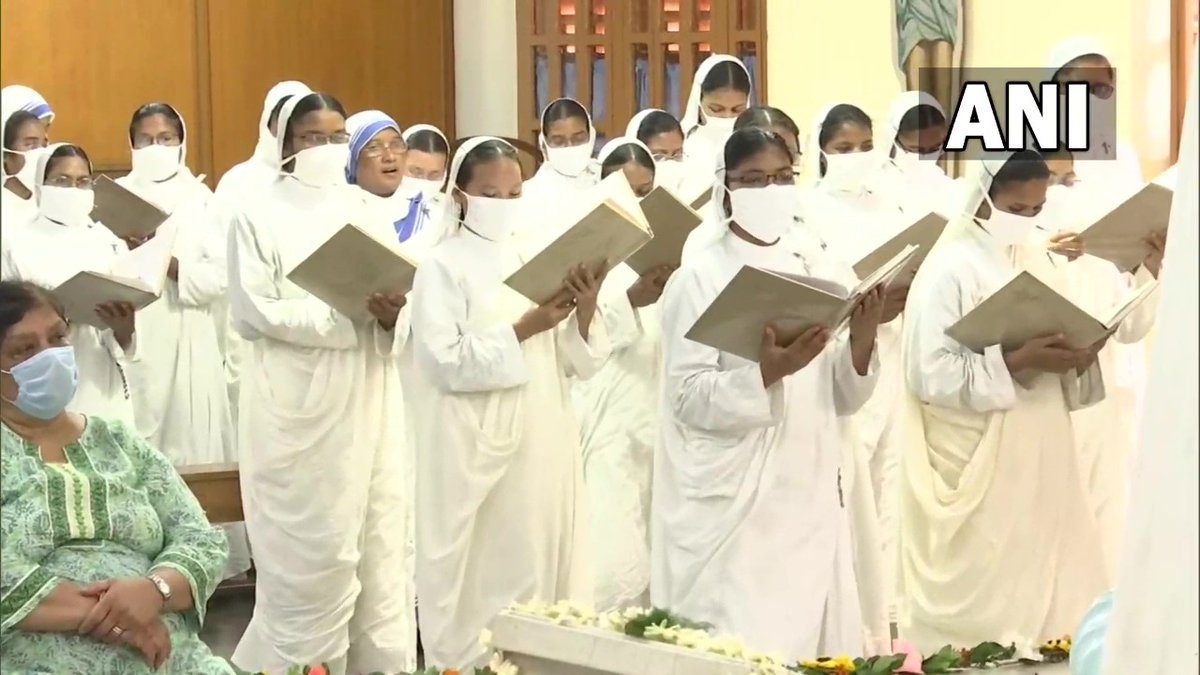 "Mother is still pretty much among us, concerned for us, especially the ones who are suffering," a sister told ANI | ANI

Mother Teresa, whose actual name was Agnes Gonxha Bojaxhiu, moved to India in the late 1920s and taught history and geography for 15 long years at Calcutta's St Mary's High School.

In 1948, Teresa decided to leave the church and adopted a lifestyle in slums to aid the poor and the needy in Kolkata.

In 1950, she laid the foundation stone of the Roman Catholic religious congregation which is now popularly known as the Missionaries of Charity.

Mother Teresa was awarded the Nobel Peace Prize in 1979, but she refused to accept it and urged the jury to contribute the prize money of USD 192,000 for helping the poor people of India.

In September 2017, Mother Teresa was declared Patron Saint of the Archdiocese of Calcutta by the Vatican Pope for her selfless service towards helping the underprivileged and poor in Kolkata.

Teresa, who died in 1997 at the age of 87, was granted a state funeral by the central government in recognition of her services to the poor across the country. 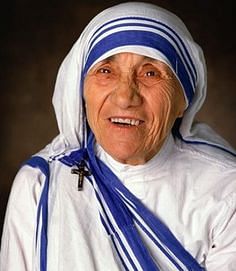