The final NRC list, which will identify the bonafide citizens of the state, is scheduled to be declared on August 31.
PTI 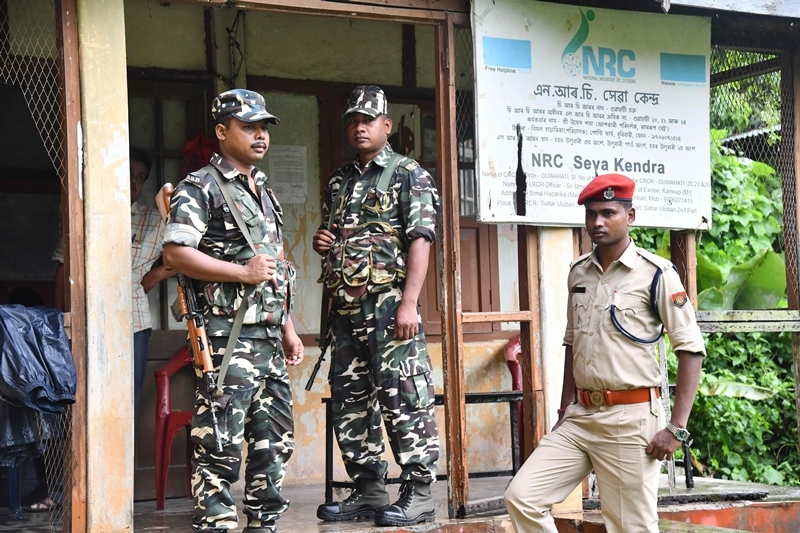 Guwahati: Security measures have been tightened across Assam and prohibitory orders under 144 Cr PC have been clamped on Thursday in vulnerable areas of the state, including in the capital city ahead of the publication of the final NRC, which is touted as the proof of Assamese identity, police officials said.

The final NRC list, which will identify the bonafide citizens of the state, is scheduled to be declared on August 31.The steps have been taken by the district administration to maintain peace and public order ahead of after the publication of the contentious list and will remain in force till further notice, officials said.

This has been done as some specified and unspecified persons, groups, organisations or associations are likely to disturb normal functioning of offices, movement of public and traffic flow in the vulnerable areas, besides holding demonstrations and agitations, they said.

In Guwahati the prohibitory order was clamped in Dispur, where the secretariat and Assembly complexes are located, besides at Bhangagarh, Basistha, Hatigaon, Sonapur and Khetri police station areas, the police said.

Section 144 Cr PC prohibits assembly of more than five persons, agitation, demonstration, procession inciting communal violence, carrying of arms, ammunition, explosive substances or weapon of any nature in any public placers or vehicles as well as use of loud speakers.

The state police on Thursday appealed to the people not to believe in rumours as some elements are trying to create confusion. The government has ensured adequate safeguards for people, whose name may not appear in the final NRC, it said.

"Safety of citizens is our top priority," the Assam police tweeted. The force also issued a five-point advisory stating that persons whose names are not in the NRC will not be declared as foreigners and can appeal to the Foreigners Tribunals.

The time limit for doing so has been increased form 60 days to 120 days and the government will provide legal aid through the district legal service authority to the needy who are excluded from the NRC.

Besides, the number of Foreigners Tribunals have been increased and are being set up at convenient locations.

Chief Minister Sarbananda Sonowal had on August 23 reviewed the law and order situation of the state with the deputy commissioners and superintendents of police where he had directed them to maintain close relations with the influential persons and opinion makers to ensure that there is no misunderstanding among the people about the NRC process.

Appealing to the people to maintain peace, he said, "A government is there in Assam to look after people's interest.

All are living here with unity and honour ... We are confident that all sections of society will come forward to maintain peace and tranquility for all times to come".

Assam, which had faced influx of people from Bangladesh since the early 20th Century, is the only state in the country to have the updation of the NRC after 1951. The exercise this time is being carried out under the supervision of the Supreme Court.

Names of additional 1,02,462 persons were included in the list of excluded persons in June this year taking the total ineligible persons to 41,10,169 in the complete draft.