The court took suo moto cognizance of the issue after a group of lawyers led by advocate Shobha Gupta wrote a letter to the Chief Justice Ranjan Gogoi to take note of the incident.
ANI 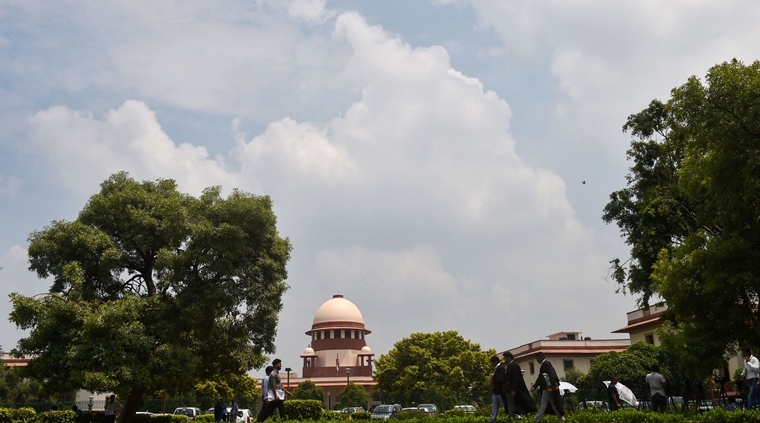 New Delhi: The Supreme Court on Friday heard the law student who accused former Union Minister and BJP leader Swami Chinmayanand of sexual harassment and directed Delhi police to bring her parents to the national capital to facilitate their meeting.

A Bench of Justices R Banumathi and AS Bopanna interacted with the girl who denied to go to her home in Shahjahanpur in Uttar Pradesh to meet her parents and rather stay in Delhi till they come.

"We have spoken to the girl. She said she doesn't want to go back to UP till she meets her parents here and after meeting she will take a decision on her future course of action," the bench said when it assembled around 7.30 pm after interacting with the girl.

The court directed Delhi Police Commissioner Amulya Patnaik to send a team to UP to accompany her parents to Delhi "at the earliest". The court also directed the police to provide her parents with security cover till Monday, the next date of hearing.

The apex court also directed its registrar to coordinate the meeting of parents with the girl.

"We make it clear that the girl shall not meet other people until she meets her parents. The place where the girl will stay shall permit the girl to use the landline to talk to the parents," the court said.

It further said: "After she meets her parents and till the court interacts with her, she shall not meet other persons until she appears before the court." The top court also directed its registry to ensure the girl's stay at All India Women's Conference building here for four days.

The girl told the judges that she left Shahjahanpur before Raksha Bandhan along with her three friends in order to protect herself. In a video, the girl had alleged that a person from 'Sant Samaj' had threatened to kill her and her parents. The girl went missing after the video went viral on August 24.

The court took suo moto cognizance of the issue after a group of lawyers led by advocate Shobha Gupta wrote a letter to the Chief Justice Ranjan Gogoi to take note of the incident, as they don't want another "Unnao case like incident to happen".

Earlier in the day, the counsel appearing for UP government told the court that the girl was found in Rajasthan and was on her way to Shahjahanpur with a team of police.

The judges then directed the Uttar Pradesh government to bring the girl to Delhi as they wanted to interact with her. Later in the evening, the judges interacted with the girl in the conference room and passed the order thereafter in the open court.