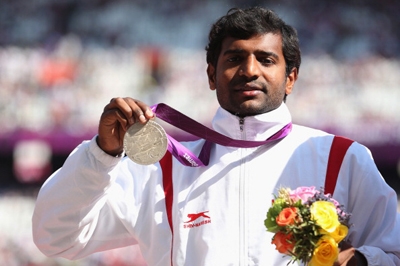 Bengaluru : Karnataka High Court on Wednesday found substance in the claim of Para-athlete H N Girisha challenging the recommendation of Sania Mirza for the prestigious Khel Ratna award and issued notices to sports ministry and the tennis ace herself. 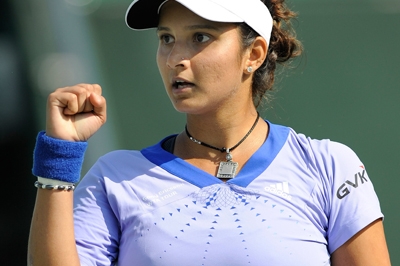 Justice A S Bopanna, who heard the case on a petition filed by Girisha, directed the respondents to reply to the notices within 15 days. Sania, who won her first women’s doubles Grand Slam title by lifting the Wimbledon crown with Swiss partner Martina Hingis in June, was recommended for the country’s highest sporting honour by a government-appointed selection panel. The Sports Ministry has also given its approval on Sania getting the coveted award.

The President of India will confer Khel Ratna, Arjuna, Dronacharya and Dhyan Chand Awards to various sportspersons in a ceremony at the Rashtrapati Bhawan on August 29. In the High Court proceedings, Justice Bopanna sought replies from the respondents as to why Girisha’s name was overlooked in favour of Sania, considering the points system being implemented by the central government.

Girisha, a Paralympic Games medallist, said in his plea that he deserved to win the coveted award more than Sania because he was the top contender with 90 points against his name and the tennis star was far behind him as per performance-based points system.

Girisha said Sania’s Wimbledon doubles crown would not be counted in the consideration for the coveted award as it was not included in the sports events mentioned in the government notification for awarding Khel Ratna. He said the ministry should consider a sportsperson’s name for the award taking into account performances at the Olympics, Paralympics, Asian Games, Commonwealth Games and World Championships from 2011.

“I understand Sania has won Grand Slam titles but according to ministry notification, only performances at the Olympics, Paralympics, Asiad, Commonwealth Games and World Championships from 2011 will be considered,” he said. PTI