The Shiv Sena had offered support to Sambhaji Chhatrapati, a descendant of Shivaji Maharaj and prominent Maratha leader, if he joined the party

The meeting comes a day after the 74-year-old royal family scion told reporters that before pulling out of the June 10 Rajya Sabha election and announcing a new political outfit, his son had met former state chief minister Devendra Fadnavis.

"If he wanted to be an independent candidate for the Rajya Sabha, he should have met all leaders of the (ruling) Maha Vikas Aghadi (MVA-comprising the Shiv Sena, NCP and Congress) in Maharashtra, and if he was sure of his win, he shouldn't have announced a new political outfit," Shahu Chhatrapati Maharaj said.

The Shiv Sena had offered support to Sambhaji Chhatrapati, a descendant of Shivaji Maharaj and prominent Maratha leader, if he joined the party.

After he declined, the Shiv Sena announced its second candidate - Sanjay Pawar - for the Rajya Sabha poll for the sixth seat from Maharashtra.

The Sena's other candidate is Sanjay Raut, whose Rajya Sabha term ends in July this year.

Elections to six Rajya Sabha seats from the state are scheduled on June 10.

Talking to reporters in Kolhapur on Sunday, Raut said since he was in Kolhapur, Chief Minister Uddhav Thackeray told him to call on Shahu Chhatrapati Maharaj.

"CM Thackeray spoke to Shahu Maharaj on phone and said he would soon meet him in Kolhapur. My meeting was personal and no politics was discussed," Raut said.

Meanwhile, BJP leader Fadnavis told reporters in Nagpur that even before Sambhaji Chhatrapati's courtesy meeting with him, the latter had announced that he would contest the Rajya Sabha poll independently.

He was expecting that all parties would support him as an independent candidate, like the BJP did the last time when he was nominated from the President's quota (in 2016), Fadnavis said.

"I had then told him that if other parties support him, then I (Fadnavis) would speak to the BJP high command on extending support to him for the Rajya Sabha poll," he said.

But, some people in western Maharashtra do not want Sambhaji Chhatrapati's leadership to grow, Fadnavis claimed without taking any name.

It seems some people made a script and gave misleading information to Sambhaji Chhatrapati, and those people are now projecting him as a liar, the BJP leader said.

On the other hand they are also trying to project that there is a difference between "Maharaj and Yuvraj", he said.

Fadnavis further said that those who understand politics will very well know who does not want Sambhaji Chhatrapati's leadership to grow. 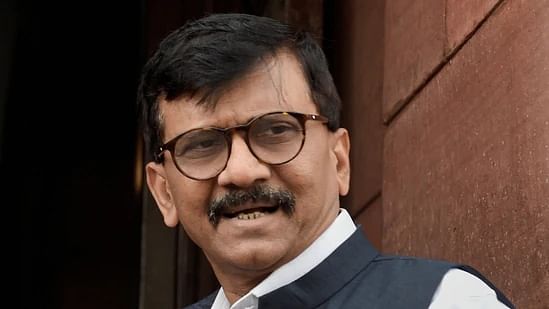