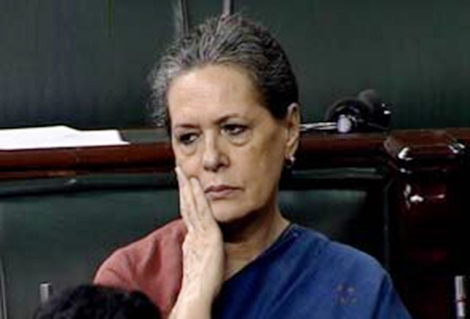 New Delhi: UPA chairperson Sonia Gandhi on Tuesday said the Centre is hell-bent on subverting the RTI Act which now stands on the "brink of extinction", a day after Lok Sabha passed amendments to the Act amid strong opposition protests.

In a statement, she said it is clear that the present central government sees the RTI Act as a "nuisance" and wants to destroy the status and independence of the Central Information Commission.

"It is a matter of utmost concern that the central government is hell-bent on completely subverting the historic Right to Information Act, 2005. This law, prepared after widespread consultations and unanimously passed by Parliament, now stands at the brink of extinction," she said in a statement.

Gandhi said, "Over the past decade and more, 60 lakh of our countrymen and women have used RTI and helped usher in a new culture of transparency and accountability administration at all levels".

The foundations of our democracy have, as a result, been strengthened immeasurably, she said. The weaker sections of our society have benefited greatly by the proactive use of RTI by activists and others.

"The central government may use its legislative majority to achieve its aims but in the process it would be disempowering each and every citizen of our country," she said in her statement.

Lok Sabha on Monday passed the bill amending the Right To Information Act, amid objections by the Opposition which alleged that it was an attempt to undermine the law and make the transparency panel a "toothless tiger".

The Right to Information (Amendment) Bill, 2019, seeks to give the government powers to fix salaries, tenures and other terms and conditions of employment of information commissioners.

Rejecting the opposition's charge that the Bill will weaken the RTI Act, the government said it was fully committed to transparency and autonomy of the institution.