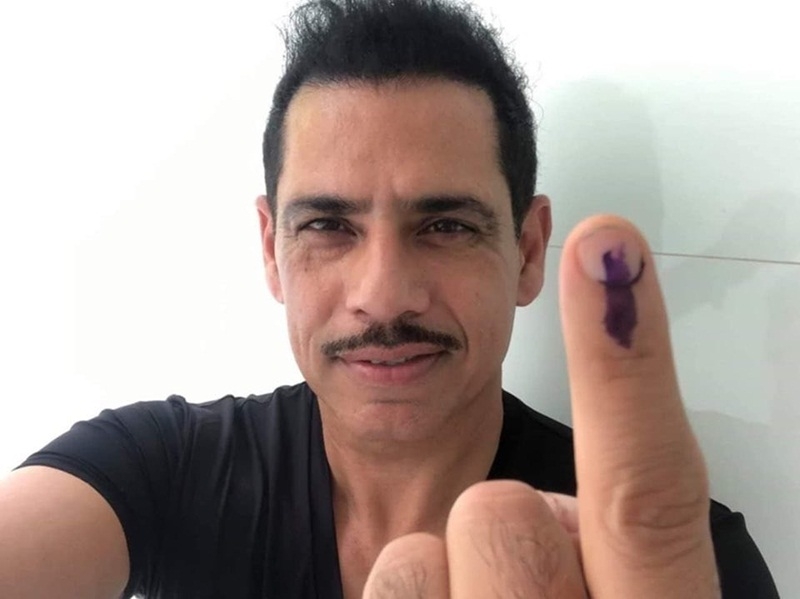 Though he later replaced the Paraguayan flag with the Indian tricolour and admitted his mistake, Robert Vadra could not escape criticism from Twitterati. “Our right our strength !! Everyone must step out n vote… we need all support, to create a combined future for our loved ones, n for a secular, safe, productive future for our country (sic),” he posted on Facebook with a photograph of him holding up his inked index finger.

However, with the post he had emoji of the red, white and blue Paraguayan flag. A few hours later, he edited his Facebook post and put another one with an Indian flag. “India lives in my heart and I salute Tiranga. Using a Paraguay flag in my post was just an aberration. I very well know that ‘You all know it was posted by mistake” but you decided to ‘play up my mistake’, when there are such glaring issues to be discussed.

“It saddens me, but never mind!! My best wishes…,” he said in his fresh post after admitting the mistake. Earlier in the day, Robert Vadra voted along with Congress general secretary Priyanka Gandhi Vadra at a polling booth next to their residence. Robert Vadra’s mother-in-law and UPA chairperson Sonia Gandhi and Congress president Rahul Gandhi were among others from his family who voted separately in the sixth round of polling for all seven Lok Sabha seats in the national capital.